Terrance Knighton visited the Patriots yesterday, doesn't want to be a rotational player 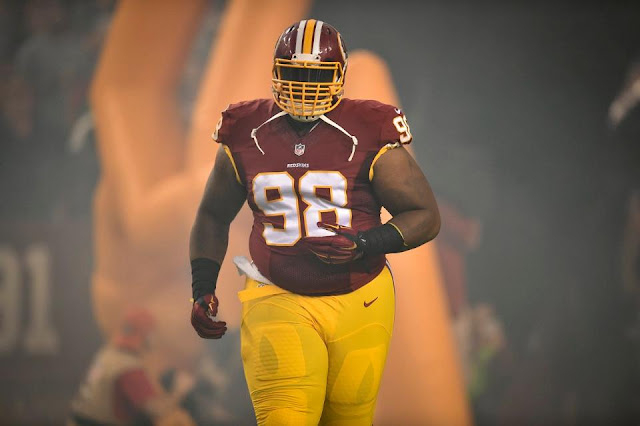 The Patriots have been looking to beef up their defensive line with a veteran defensive tackle, and thus far have been unable to do so. After they lost out on Nick Fairley, who signed with the Saints, the Pats turned their attention to former Redskins defensive tackle Terrance Knighton.

Knighton, or "Pot Roast," as he's known around the NFL, visited the Patriots yesterday and left without a contract. We can't say exactly what happened, but based on this tweet from yesterday, I think we can assume Knighton won't be signing here.


Keep that word rotational out of any thing about me
— Terrance Knighton (@MisterRoast98) March 28, 2016

Patriots fans know Knighton well, as he was part of the Broncos squad that beat the Patriots in the 2013 AFC Championship Game. In that contest, Knighton compiled four tackles and one sack and was a disruptive force all game. He spent last season with the Redskins and finished the year with 29 tackles and 1.5 sacks.