Von Miller is, no joke, being fined for farting on 'Dancing with the Stars' 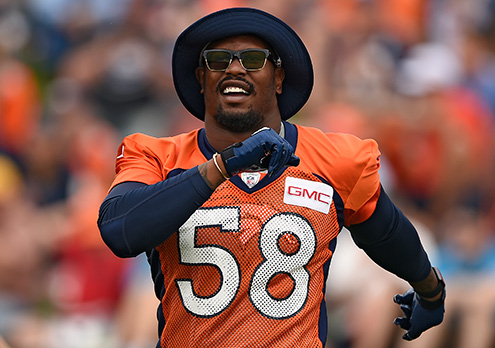 Witney Carson McAllister, Miller's dancing partner, is fining $100 every time he lets one rip, which I'm sure she doesn't mind.

I find this hilarious, but this kind of thing would also turn tons of people off. Hey, maybe it'll make for a compelling story line going forward.