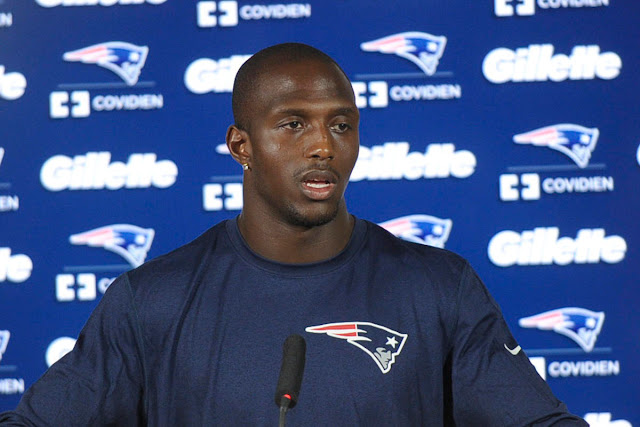 There are many different opinions about the Patriots throughout the sports world, but the expectations of the team are always the same - Super Bowl or bust. It's been that way for a decade and a half, and that isn't going to change this season.

It doesn't take a genius to know why that is. Tom Brady is still one of the three best quarterbacks in the game, even at 38, Bill Belichick is the best coach in the league, they have a loaded offense and a defense that has improved every year since 2011.

Devin McCourty, one of the longest-tenured members of the defense, touched on how the Patriots' expectations are always through the roof.

“I think the good part is when guys come in, they say it’s different, but they understand it’s different for a reason — higher expectations. The guys that we’ve had for a while, they expect to be playing at a certain level. You understand we’ve got a guy in charge that knows what it takes. We just follow that lead, we’ll be OK no matter how hard it is, how much you don’t want to do it.”


“One day, you know what it’s for, and that’s what makes it tough when you don’t get where you want to get,” McCourty said. “Because you know what you put in and what you thought was going to happen and what you envisioned and dreamed of doesn’t happen, that’s what makes it hard when the season does end. That’s a part of the game. You do the same thing again and hope you take that next step forward.”


Speaking of Belichick, his son Steve has joined the coaching ranks and is now New England's safeties coach. McCourty was asked about the younger Belichick and had high praise for his new coach.

"It’s really encouraging. Steve is a guy that’s been here and just been a sponge learning everything," McCourty said.

"It’s been cool for me, just to see how much he’s developed and worked hard and it seems like he’s always here so he’s very excited to be the safety coach and have a good group coming. We have some leaders and guys that are definitely going to try and help him out as much as possible."

"I think his dad is a pretty good coach so I’m sure he’s learned a lot from him and I think it’ll just be important for us to learn from what he’s going to bring and how it’ll change us a little bit. He really believes in a lot of the things 'Flo' was saying to us in the previous years, but he’ll have his own style and what he wants to do, so I’m excited to have a young guy come in and we know he’s going to be full of energy, ready to go every day."


Good for Steve, who has been around the team ever since the elder Belichick has been the head coach. There is video footage of Bill hugging his children on the sideline after multiple big wins throughout the years (the Super Bowl victory against the Eagles and the AFC Championship Game win against the Ravens in 2011 were the first two that instantly came to my mind), and it wouldn't be crazy to think Bill has been teaching Steve things about football during those years and beyond.

Hopefully Steve's preparation and work ethic are as good as his father's.