LeGarrette Blount re-signs with the Patriots 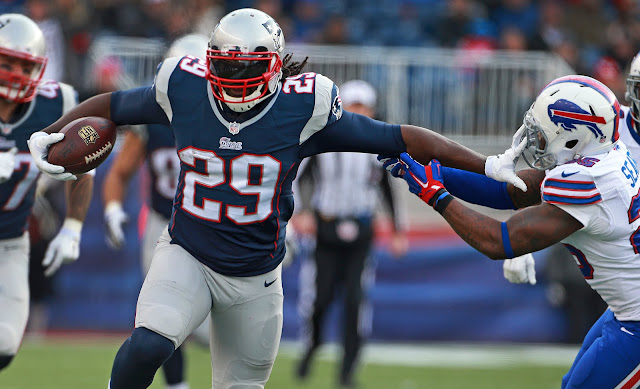 Blount Force Trauma is getting another year in New England.

Free agent running back LeGarrette Blount signed a one-year deal with the Patriots this morning, according to multiple sources.

The burly running back had 703 rushing yards and six touchdowns before suffering a season-ending injury at Houston in mid-December. Blount has had a couple different stints in New England. He was initially traded to the Patriots from Tampa Bay in 2013 and played a full season for the Pats. The following offseason, he signed with the Steelers, who cut him in November. The Pats picked him back up shortly thereafter, and he's been with the team ever since.

He'll add depth to a backfield that features James White, a by-all-accounts healthy Dion Lewis, Tyler Gaffney and soon-to-be-named running back that the Patriots will, in all likelihood, draft.