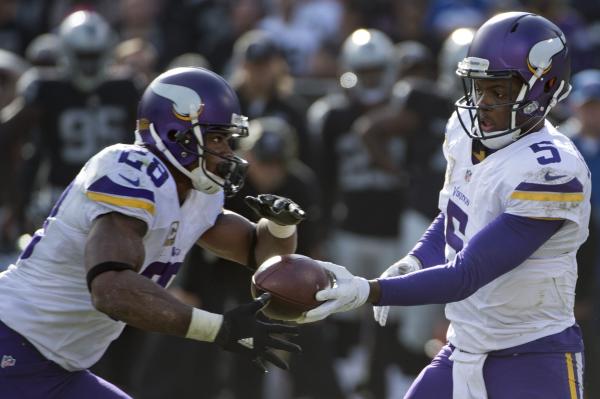 “He reminds me of a Tom Brady because Tom Brady is great at those mediocre passes,” Peterson said on Pro Football Talk Live on Friday. “Those short passes and mid-range passes, and that’s exactly what Teddy does as well. He’s the type of guy that needs the receiver that runs routes and that’s at a specific location that you’re practicing.”


Mediocre probably isn't the word Peterson meant to use, but either way it was a poor word choice when describing Brady. That, and the fact that he compared Bridgewater to Brady in any form is ridiculous.

Peterson was already an idiot for beating his kid, and this just makes him look even dumber.