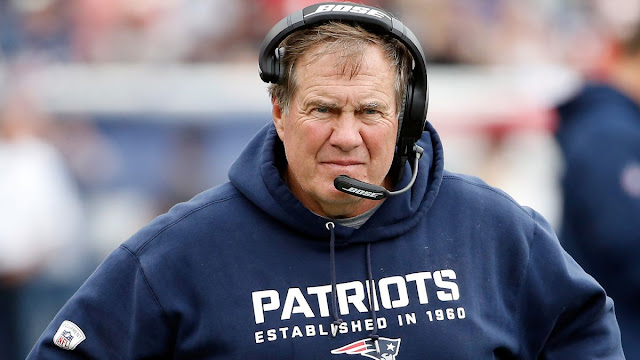 When the news broke that former Patriots defensive lineman passed away a little over a week ago, it sent shock waves through the organization. Patriots head coach Bill Belichick had a chance to reflect on Brace over the weekend.

"Obviously, very sad to hear that," Belichick said. "It’s a young man that died early, so it’s always tragic. The fact that he was in our lives, part of our family, gives us a heavier heart. Obviously, our thoughts and prayers and sympathy go out to his family. It was sad news. Very, obviously unexpected, it’s sad."


As it relates to the NFL Draft, former Patriots running back Kevin Faulk made headlines when he walked out to announce one of the team's selection of offensive lineman Joe Thuney on Friday night in a Tom Brady jersey and mentioned Brady when he spoke. The move was obviously in protest of Brady's four-game Deflategate suspension, and Belichick seemed to really enjoy Faulk's move.

"Love Kevin," Belichick said when asked about Faulk wearing a Tom Brady replica No. 12 jersey underneath his suit jacket while announcing New England's second pick of the draft on Friday night. "He always makes good decisions. Looked sharp out there."


Speaking of draft picks, Belichick will meet his new players on Thursday at Gillette Stadium, and they better be ready to work.

"It’s huge," Belichick said of the process. "They have no idea what they’re getting into. It’s not their fault. We all had to go through it at some point or another. They’re going to get a big dose of what they probably haven’t had a whole lot of certainly any time recently. It’s a big load. The competition level is going to step up. The volume is going to step up. It’s not a scholarship. In college, they can’t take them away from you. In the NFL, you’re fighting for a job, so it’s a whole new ball game. Those guys have a lot to absorb, a lot to learn. But just like every other rookie class, they’ll get through it. We’ll have some ups and downs, but we’ll start the process on Thursday night when they come in. We’ll just be grinding away here for the next few weeks."


On integrating rookies and veterans:

"The way phase two (of the offseason workout program) is set up, we can integrate them into some things," Belichick said. "There will certainly be plenty of times when they’re by themselves as a group to go over the things both in and out of football. Regarding football and outside of football that they need, education on that they need to, I’d say, that they’re going to need instruction on and so forth, and that’ll certainly be geared toward them. But they’ll work in with the veteran players and their training in some meetings and on-field work and things like that. So there will be some of that, and then there obviously is going to be a lot of extra and just all of the transitioning. Just coming into a new team from wherever it is that they’re coming from and understanding pro football and just the whole transition process, it’s a big step for any of us when we do that, especially for a lot of these guys. Some of them haven’t made that big of a transition. Some have, but some haven’t."