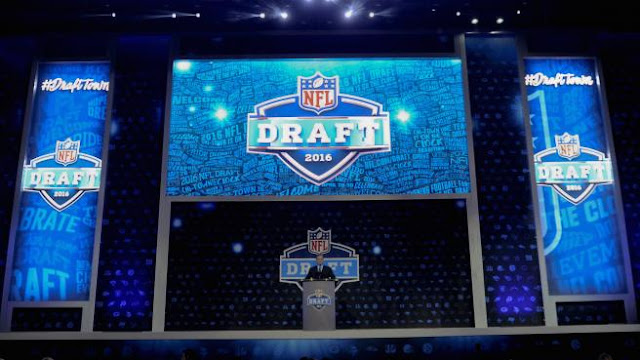 The Patriots swung a couple of trades on Day 3 of the NFL Draft yesterday, with the clear intention of protecting themselves a year from now.

Bill Belichick and Co. entered the final day of action with eight picks spread out through Rounds 4-7. In the end, they finished with five after making a pair of trades with the Miami Dolphins and Seattle Seahawks.

That fourth-rounder acquired from the Seahawks is protection from the final leg of their Deflategate punishment, which comes in the form of their 2017 fourth-round pick being taken away. It leaves New England with six picks to come next year (Rounds 1, 2, 3, 4, 5, 6). Their seventh-round pick was traded to the Detroit Lions last August in exchange for Mike Williams.

The highest of the two picks will be confiscated by the NFL next year, and let's see here...yup, we still hate you Goodell.