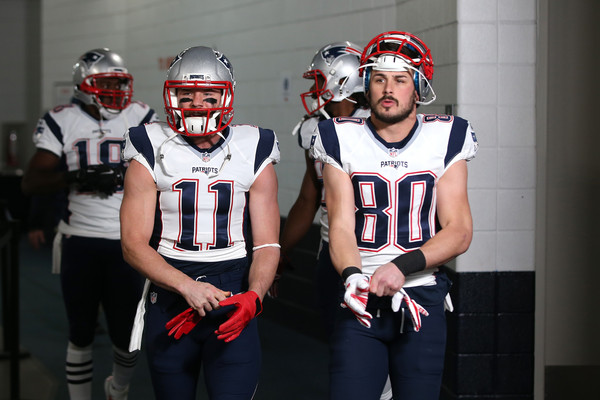 Julian Edelman and Danny Amendola have established a friendship with former Jets wide receiver Wayne Chrebet. Chrebet played for the Jets from 1995-2005 as a slot receiver, and he's now known as "The Godfather" to Edelman and Amendola.

The three of them recently met in New York and talked over dinner about football, how they all would run their routes, their size as slot receivers and more.


Across the middle till the day we die. @Edelman11 @waynechrebet #theGodfather pic.twitter.com/tqmstkHq6v
— Danny Amendola (@DannyAmendola) May 1, 2016


"The respect at that table was mutual," Chrebet said of their dinner meeting. "I was as interested in what they had to say how they ran the routes as how I ran it. Not that I could ever run a route again, but it was great talking shop with them. It's a lot of the same calls with option routes, where you get a choice to go left or right. We were talking about the different way we ran those routes vs. different kinds of defenses.

"I had a friend there who didn't play football and he was in awe that there was so much detail to something so simple as running a 10-yard route. It was interesting to hear their perspective on it, and how they work with Brady on that, and how they get in sync."


You can read the full story here.