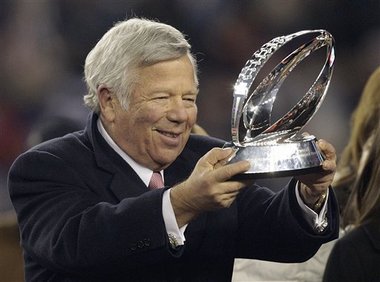 In a shocking turn of events, Robert Kraft believes Deflategate has been mishandled from the time it began, and he's still being very vocal in his support of Tom Brady.

"We've been behind him," Kraft said, "and the whole thing has been mishandled, in my opinion. It's unfortunate, and we hope he prevails."


This isn't the first time that Kraft has come out in support of his quarterback, and it likely won't be the last time you hear from him. Brady recently filed a petition to the U.S. Court of Appeals for the Second Circuit requesting a rehearing of his case. A three-judge panel from the appellate court reinstated Brady's four-game suspension that was overturned by Judge Richard M. Berman in September 2015.