New England Made the Right Moves in the 2016 Draft 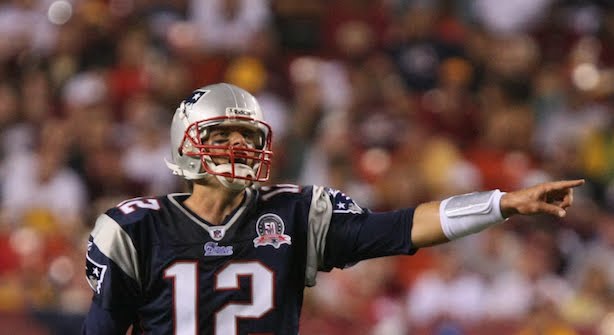 New England fans didn't have much to look forward to during last Thursday's first round of the NFL draft. Thankfully, following the debacle of what has been the NFL's wildly exaggerated punishment over the "Deflategate" non-issue, the Pats still had 11 draft picks in the top 100 left to work with. Knowing the mad-genius that is Bill Belichick, that's more than enough room to find some diamonds in the rough to make the Pats playoff contenders for the next season. There were some expected picks for positions that were predicted to see some new blood as well as a few surprises.

It came as no shock to see New England use its first two picks on a cornerback and offensive tackle as both areas desperately needed reenforcement. The addition of cornerback Cyrus Jones from Alabama with pick 60 in the second round should help to shore up an already fierce defense. Additionally, his abilities as a return specialist for the Tide will also be of great use to the team. Meanwhile, guard Joe Thuney from North Carolina State looks like a solid grab in the third round with pick 78. The player didn't allow a sack in 589 snaps during his 2015 ACC season and should help to further protect Brady after the defensive onslaught we saw in the playoffs.

Following the exit of receiver Brandon LaFell to the Cincinnati Bengals during the offseason, New England needed a few new options at wide receiver as well. The team made good by picking up Malcolm Mitchell from UGA with its fourth-round pick and used its final pick in round seven to draft Arizona State's Devin Lucien. Mitchell was an absolute bargain at pick 112 in the fourth round and this writer couldn't believe that the hot-handed receiver fell all the way to Day 3.

One of the biggest surprises was New England snagging quarterback Jacoby Brissett from NC State in the third round with the 91st pick of the draft. The addition of Brissett means that the Patriots will be sporting three players at the quarterback position. This surplus of passers has led many to believe that the Patriots will look to offload Jimmy Garoppolo at their first opportunity during the next offseason, likely to grab an additional draft pick in the future.

Notably, the Pats didn't pick up a new running back, which definitely bodes well for the futures of LeGarrette Blount and Donald Brown. We expect another year of pass-heavy offense that will rely heavily on dependable targets like Rob Gronkowski and Julian Edelman to do the bulk of the heavy lifting.

At the start of the 2015 season, this site had the Patriots chances of winning the Super Bowl at 15/2 and things are looking even better this year. Vegas was initially giving the team 6/1 Super Bowl odds at the top of the heap, but one article reports that Brady being forced to serve his four-game suspension knocks the team's chances back to 8/1. That leaves them tied with the Seattle Seahawks as the league favorites. With Garoppolo likely starting those first four games, it makes more sense that Belichick would want to have another warm body waiting in the wings should the young QB get knocked out of the game.

Even with Brady's suspension, you'd be hard-pressed to count out the Patriots and they're still a smart bet to win it all in Super Bowl LI. New England is a sure-fire pick for the playoffs, and we fully expect them to easily win the AFC East.