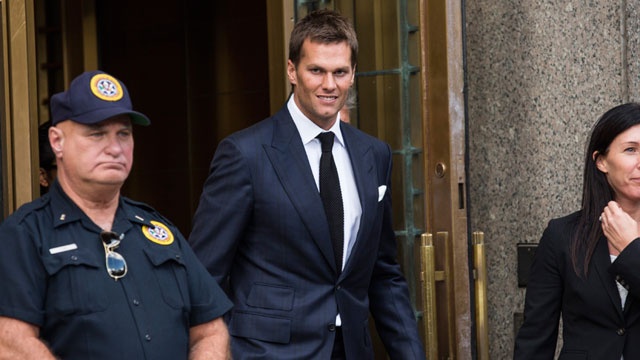 This morning we learned that Tom Brady has officially decided to file a petition for a rehearing of the Deflategate case after his four-game suspension as a result of the scandal was re-instated by a three-judge appellate court panel.

Brady and his lawyers are hoping to get in front of the entire appellate court for what's known as a rehearing "en banc," and the decision for the rehearing will take about a month. In the petition, Brady's lawyers are claiming NFL Commissioner Roger Goodell defied the rule of law because Brady's suspension was based on grounds that were different from what the right type of discipline for an equipment violation should be.


The opening also states “Goodell’s self-affirming ‘appeal’ ruling must be reversed. Even though his arbitral authority was limited to hearing appeals of disciplinary decisions, Goodell ‘affirmed’ Brady’s punishment based on different grounds that were not the basis for his original disciplinary decision. Nor did Goodell mention or discuss the collectively bargained penalties for equipment-related violations — the core of Brady’s defense. A divided panel of this Court nonetheless affirmed in a decision that repudiates long-standing labor law principles and that, if undisturbed, will fuel unpredictability in labor arbitrations everywhere and make labor arbitration increasingly arbitrary and undesirable for employers and employees alike.”


You can read the full petition here.

The lawyers further elaborated on why the court should rehear the case when they said the Wells Report was "junk science," and that Brady's appeal largely stems from being suspended for a violation that should have at worst been a fine.


The appeal also states that the collectively bargained penalties for equipment violations is "the core of Brady's defense"
— Mark Daniels (@MarkDanielsPJ) May 23, 2016