Chandler Jones says he wasn't surprised about being traded 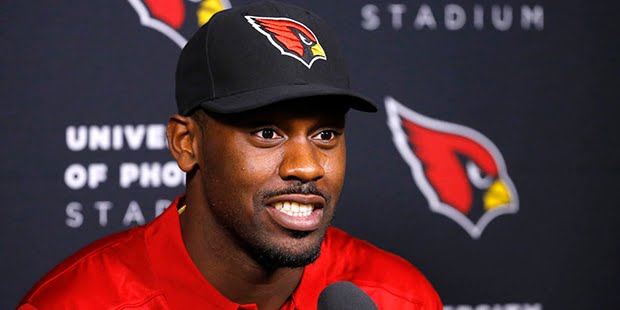 NFL players know that the league is a business, and that anyone could be traded at any time. That's why Chandler Jones wasn't surprised to find out the Patriots traded him to the Arizona Cardinals for offensive lineman Jonathan Cooper and a 2016 second-round draft pick.

“There were a lot of rumors out,” Jones said in an interview on Sirius XM NFL radio Thursday morning via WEEI. “I try to stay away from the media, but I heard rumors. Like I said, it wasn’t as shocking when I found out I was traded, but there were definitely rumors.”


Jones has to be licking his chops, too, because the Cardinals' first game of the year will come at home against the Patriots. Jones sounds like he's ready to play that game right now.

“When I first found that out, that they were going to be on our schedule, I said that I was going to circle that game red, with a red marker,” Jones said. “It’s Week 1, so that’s even better. The NFL already contacted me and told me I’ll probably be mic’d up for that game, so that’ll be a fun game to listen to.”