The Patriots are experimenting with Rob Ninkovich at linebacker 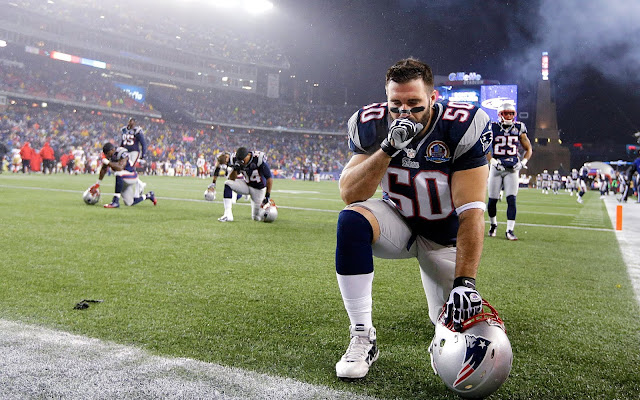 Patriots defensive end Rob Ninkovich is being tried at the linebacker position in an attempt to become a more versatile player and fill the third linebacker spot alongside Dont'a Hightower and Jamie Collins.

He has played in the outside linebacker spot before in both a 3-4 and 4-3 defense, so it's not insane to think he won't be able to make the switch with relative ease. He also played inside linebacker for the Dolphins in 2007-2008 and with the Patriots in 2010-2011.

He's also been able to play in other positions along the front seven, adding to the intrigue of the switch, even if it's not a full-time move.

“Really, for me, it’s (about) being an overall football player in every aspect of the game,” he said Wednesday after practice. “So whatever it is, helping the team and just trying to learn different positions and being flexible. For me, it’s fun trying to learn different positions and to try and master being inside, outside, end of the line, whatever I need to do.”


If anything, Ninkovich playing at the linebacker spot would provide more depth should Collins or Hightower suffer an injury this season. With so much depth at the defensive end spot, the Patriots can afford to make this move if they really want to.

“I’ve played multiple positions many times in my life,” he said, “so wherever I’m at, it’s just to help the team and do whatever I can and be multiple. I figure that’s one of the strengths of my game, is being able to play multiple positions.”


During the past six seasons as a defensive end, Ninkovich has amassed 41 sacks. But with so much depth at that spot, he may be more valuable as a linebacker.