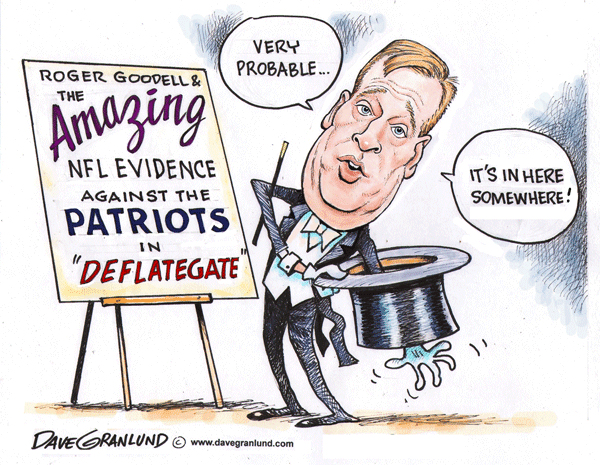 Deflategate has become one of the most expensive "maybe, maybe nots" of all time. Between the NFL, the Players Association and the Patriots, an estimated $22.5 million has been spent on investigations and court and lawyer fees. That number could go up if the U.S. Appeals Court grants Tom Brady a rehearing for the case.

Today also marks the 500th day of the scandal. How wonderful.

Darren Rovell of ESPN breaks it down a little more in depth here, but we'll lay out a quick recap on how much each party has spent.

Speaking of ESPN, they just can't let this thing go. Between printing a useless piece asking Red Sox DH David Ortiz what he thinks about it, to all the ball-washing that's gone on since the story broke a year and a half ago, they just continue down their path of stupid.

The Worldwide Leader created 30 logos for 10 players, and Brady and Rob Gronkowski are two of the 10. Gronk's logos are pretty funny, but there is one for Brady that shows a pressure gauge going into the number 12 (his jersey number).

It would be one thing if some random person or a blog came up with something like this, but coming from ESPN makes it absurd. I guess they don't care about maintaining any journalistic integrity, which is why they lost about seven million subscribers as of November 2015.