The Patriots basically showed Seattle how to use Brandon Browner 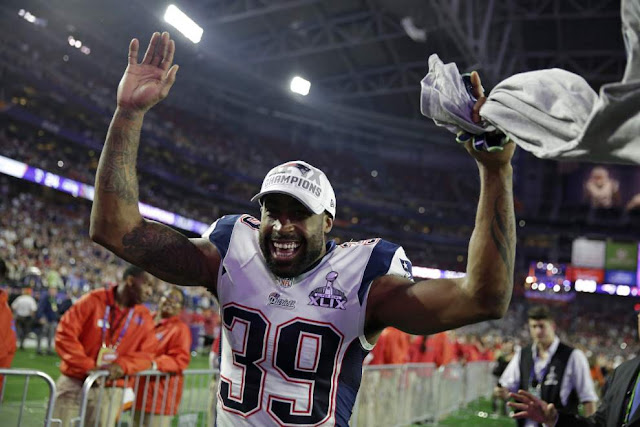 We know that the NFL is a copycat league, and few have been more creative than the Patriots over the years. This is why the Seattle Seahawks, who now employ Brandon Browner, are taking their cues from New England when it comes to using the cornerback.

This will be Browner's second stint with Seattle, which will use him as a safety instead of a corner so he can cover bigger, slower receivers and tight ends, which is what he did as a corner in New England. Browner's new role, according to Seahawks head coach Pete Carroll, comes from film Carroll watched during Browner's time with the Pats.

“I had the chance to see him play in positions like he’s being asked to play now when he was in New England, and we saw some really good things we thought we could mix into our stuff, and he’s very much looked the part,” Carroll told ESPN.com in a story published Tuesday. “But I really think it’s about him; we like the guy so much.”


His skill set was vital in helping New England secure its fourth Super Bowl championship. It was in Super Bowl XLIX where Browner truly came up huge against, you guessed it, the Seahawks. After Kyle Arrington struggled to cover the seldom-used Chris Matthews in the first half, the Patriots put Browner on Matthews, who was effectively shut down from then on. Browner was also one of the biggest reasons Malcolm Butler was able to intercept Russell Wilson on the goal line to seal the win. Browner was responsible for jamming Jermaine Kearse at the line, which gave Butler a clear path to the ball.

Now that Browner is getting back to that style of play, it sounds like he's going to be a lot more comfortable.

“Being on the outside, it’s more of a man-to-man concept: You’re a corner on an island,” Browner told ESPN. “Being in that box, you’re accounted for from the linemen in the run. You’ll get some run keys from the end man on the line of scrimmage. Things are just a little different. But you’re a football player in there. Playing corner, it’s more of a one-on-one thing. We’re playing basketball out there on that island. When you’re in that box, that’s football, I think.”


So, once again, there go the Patriots being a step ahead of everyone else.