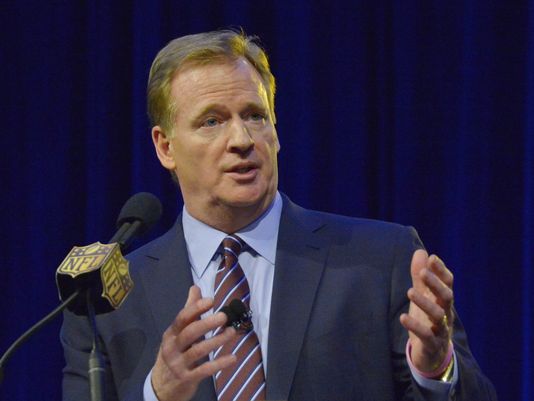 Jim Podanoffsky, a Patriots fan, took what many fellow Patriots fans would consider the photo of the year with NFL Commissioner Roger Goodell over the weekend.

In the photo, Podanoffsky is seen flipping Goodell the bird, and it's hilarious.


What happened when Patriots fan Jim Podanoffsky posed for a photo w/Goodell at the Jim Kelly Golf Tournament... pic.twitter.com/VzIaBTyDG0
— Only In Boston (@OnlyInBOS) June 7, 2016

Goodell clearly has no idea that this is happening, and I wonder if Podanoffsky ever told Goodell who he roots for. Great job, Jim.