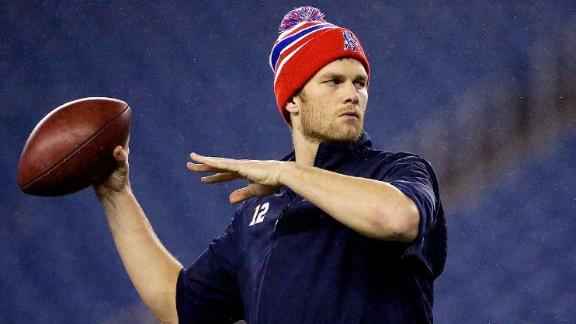 Tom Brady and his legal team are still awaiting word on whether the U.S. Court of Appeals will rehear the Deflategate case. If they rehear it, Brady is likely to play throughout the 2016 season. If they don't Brady will appeal to the Supreme Court.

If he does that, and the Supreme Court takes the case, legal expert Lester Munson believes Brady will play the entire season.

If [Ted] Olson can persuade four of the eight justices now on the high court that they must consider and decide Brady's case, it would not be resolved until the spring of 2017. It is difficult to predict the time that judges in these courts will spend making these decisions, but if Brady, who will be 39 on Aug. 3, succeeds in the 2nd Circuit or in the Supreme Court, he is likely to be able to play the entire 2016 season.


Brady filed for a hearing "en banc" with the appellate court at the end of May, and from what everyone has been told, those decisions take about a month. With that in mind, we should be hearing about this sooner or later. Given the nature of the case and the parties involved, though, it wouldn't be shocking to see a decision come down later than the end of this month.

Additionally, Munson points out that because the appellate court almost never grants rehearings, the Supreme Court is more likely to hear Brady's case. Brady's team will argue that this case is no longer about he and NFL Commissioner Roger Goodell. Instead, they will argue that it's more of a labor vs. union situation.

Based on those who have come out in support of Brady (the Patriots, the AFL-CIO and Kenneth Feinberg), it would appear that the chances this case gets a rehearing at some level are greater than most. But of course, we'll just have to wait and see.