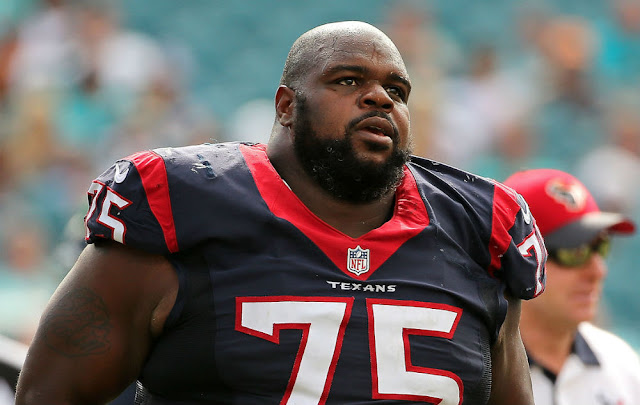 Vince Wilfork has been in the news lately, and for very good reason. A day after saying he thinks he could play for a couple more years, it was revealed today that Wilfork will be featured in ESPN's The Magazine's body issue.

Wilfork is wondering what the reaction to having a larger man in the popular magazine issue will be like, but he is confident enough in himself that he'll like how he looks regardless of what anyone says.

“I know I don’t have the six-packs and the eight-packs and all that … but I’m perfectly fine with what I am,” Wilfork said in an ESPN press release on Tuesday. “If people can look at me, look at a guy that’s 325-plus [pounds] doing an issue like this, I’m pretty sure that they might have a little confidence after seeing that it’s OK to be who you are.”


On a personal note, good for Wilfork. While I think the body issue is stupid and pointless, I think it's great that Wilfork isn't afraid to show off his body, even though he knows he looks different than the stereotypical athlete. The best part is that he's okay with that. Hopefully, this will help those who struggle with weight issues and self confidence to embrace their image and have a little more confidence in themselves.