Tom Brady and Josh Gordon now have at least two things in common: They will both play their first game of the 2016 regular season during week 5 in Cleveland, and of course there is the whole Number 12 thing. One difference here is Brady will be coming back to a contender, and Gordon is coming back to a squad who is just trying to get to the level mediocrity (right now). The other major difference here is sort of unprecedented. Gordon will have access to his teammates and coaching during his suspension. Brady will not. This is not another “woe always us,” or “Pats vs. the NFL” piece of rhetoric. Historically, players who are suspended are not allowed to spend time with their teammates and coaches, for one reason or another. In cases similar to Josh Gordon’s (substance abuse), players can still watch film. A lot of teams suspend the player from these activities as an added punishment, like Seattle did in 2013 with Bruce Irvin. They certainly are not allowed to practice. Gordon will be. Obviously Josh Gordon’s case is different. He’s been suspended multiple times, he has been caught and arrested for drunk driving, and just recently, he was hanging out with oft-partying Johnny Manziel (thank you Skip Bayless’ Twitter). 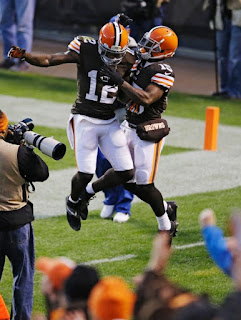 It is hard to understand the NFL and Roger Goodell’s logic, but with the Josh Gordon situation, it at least appears to make sense. Goodell could believe a player as troubled as the Browns’ wide receiver needs some structure around him. He needs to be held accountable. This could be a new era in Goodell’s tenure, where instead of punishing players, he nurtures them, and provides them with an environment to help them with whatever issues they may have. This all sounds great, it makes the average NFL fan think that maybe, just maybe, the Commissioner’s small heart grew three sizes recently. And then, the average NFL fan finds out Tom Brady is not even allowed to have Julian Edleman, Rob Gronkowski, Danny Amendola, or any of his other teammates over for a game of catch. Tom Brady accepted his punishment, and Gordon appeared to have cooperated with his, but the juxtaposition of the two suspensions proves this NFL regime may never change. This is another instance of Roger Goodell’s inconsistences. They are separate offenses, yes, but they are for the same amount of time. Gordon is a repeat offender. If Tom Brady was a repeat “offender,” it is hard to believe the commissioner would allow him to spend more time with the team than your average troubled player. 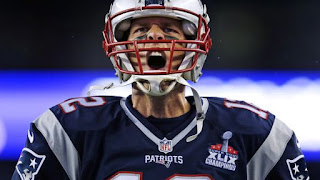 Is this fair? Absolutely not. Brady is just one example. If the commissioner believes one suspended player should be allowed to spend time with his team, why not have all players do it? Thanks to clevelandbrowns.com for the Josh Gordon picture and usatoday.com for the Tom Brady photo Disagree with me? Agree? Let us know! @petereddy19993