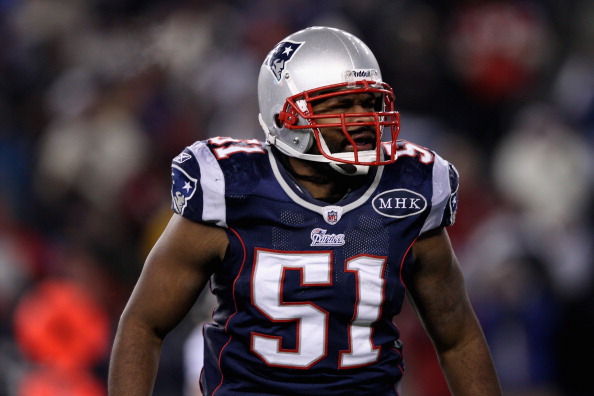 All Patriots fans love Jerod Mayo. We all know that he has retired too early, can you believe he is only 30. You could say it is the retirement story that has gone under the radar due to Calvin Johnson hanging up his cleats. The newly-retired Mayo has had his views in the last few days on the Patriots current situation they find themselves in.

Mayo appeared alongside Tom E. Curran on SportsNet Central discussing the difference in punishments and how it seems to depend on what team you play for. This was in reaction to the news Peyton Manning had been cleared by the NFL of allegedly using HGH (Performance Enhancing Drug), and then comparing this to how deflategate was handled. On one side you have deflategate, that has been dragged out with numerous court cases, and plenty of media coverage as well as hate from fans through social media. In comparison Manning's suspected use of HGH is resolved within a few months and with no real fuss from anyone. This is an example of how the NFL are kinder on organisations that abide by there every commandment, for example the Broncos. Then you have a team like the Patriots who are known to walk the line with the NFL's guidebook. Who do you think they are going to be kinder on? Furthermore, Mayo eludes to this point by saying 'Everyone hates the Patriots, we win too much,' which reinforces a well known phrase for Pats fans. They hate us 'cos they ain't us.

Also Mayo made comments on the current quarterback situation, which he relates to the predicament the Pats found themselves in 2008. If you remember Tom Brady tore his ACL in the season opener against the Kansas City Chiefs, and although they didn't get to the playoffs, the Pats won 11 games that season. This was with Matt Cassel at the helm, who had zero starts under his belt, so if there is one coach Jimmy Garoppolo wants to be in this situation with, it's Bill Belichick. He also talks about how Belichick imposes this 'next man up mentality' on his teams.

The Patriots walk the line attitude with the NFL rulebook does make us a candidate for the most hated team in the NFL, but as Patriots we don't care. Although with such reassuring words coming from a former Patriot, do we as a fans feel more comfortable with the Garoppolo situation now?