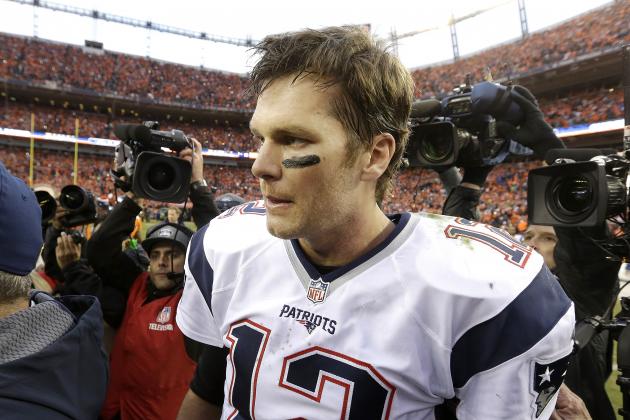 Sports Illustrated's Michael McCann, a legal expert who has been overseeing the Deflategate case since it went to court in the summer of 2015, says that a decision by the United States Court of Appeals for the Second Circuit regarding Tom Brady's request for a rehearing en banc could "take as long as it wants" to be reached.

With that being said, McCann expects a decision to come soon.

"I don’t think it's gonna go that long, but there’s no guarantee when it will occur. And I know a lot of Patriots fans are thinking, 'Is that good news or bad news in terms of the delay?' But it doesn’t really mean anything necessarily. They have other cases. The judges have their own schedules and sometimes it can take awhile to review a case."


As of now, Brady is still set to miss the first four games of the 2016 season due to his four-game suspension being reinstated by a three-judge panel. If Brady is not granted a rehearing, it is expected that he will take the case to the Supreme Court.

"The most likely verdict is the Second Circuit will not grant a re-hearing," he said. "The Second Circuit grants re-hearings at less than one percent of the time. The odds are certainly not good for Brady. That said, he has made, you could argue, a compelling argument about process. He’s had several influential advocates, including Ken Feinberg, provide amicus briefs that suggest the second circuit should take the case. The odds are not good for Brady by any means, but they're not zero, and I think Brady is in a position where he'll play it out as long as he can."