Ben Rothlisberger, Mike Tomlin and the Pittsburgh Steelers left the field Sunday, January 17 for their second playoff loss in as many tries at Mile High Stadium. A tough loss, no doubt, but there was so much to look forward to. Le’veon Bell would have time to recover, and a full season with the D’Angelo Williams-Le’veon Bell tandem in 2016 could give them the edge they need in 2016 to win the AFC North again. Antonio Brown caught 136 passes for over 1,800 yards, and although Martavis Bryant missed five games, he appeared to be the perfect complement to the elusive, athletic receiver. Then came the offseason. 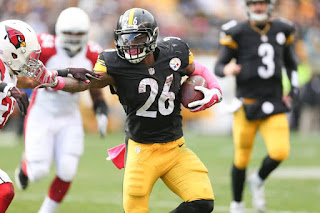 The 2016 season is still a promising one for the Pittsburgh Steelers. The team finished 10-6 despite starting both Michael Vick (almost 15 years removed from his rookie of the year season) and Landry Jones at quarterback. Le’veon Bell missed two games because of suspension, and suffered a season ending injury in week eight. Martavis Bryant also missed significant time due to a combination of suspension and injury. When everything is concerned, the Pittsburgh Steelers playoff appearance last year was a small miracle. Before the offseason hit, the Steelers were arguably the top contender in the AFC (yes, you read that correctly). They were certainly the biggest challenge to the New England Patriots. In fact, the many similarities between the two teams were, and still are evident: great coaches, veteran-Super Bowl-winning quarterbacks, and two freak pass-catchers who are the best players at their respective positions. Sure those comparisons are still relevant, but adding names to it almost makes the Steelers’ offense sound like “New England lite.” Bill Belichick is better than Mike Tomlin, Tom Brady is better than Ben Rothlisberger and Rob Gronkowski is more dominant at the tight end position than Antonio Brown is at the wide receiver position. Since the very beginning of the offseason, though, the Pittsburgh Steelers have been trying to narrow the gap between themselves and the New England Patriots. Next season will be the first time in ten years where Heath Miller does not don a Pittsburgh Steeler uniform. “HEEEEEEEEATH” retired in February, and the team wasted no time in finding his replacement. In March, the Steelers signed 6’6”, 240 pound tight end Ladarius Green. Green spent four years in San Diego with the Chargers. He spent most of his time as a backup to Antonio Gates, but in 2015 he filled in nicely for three of the first four weeks of the year. When Gates was out, Green totaled 14 catches for 174 yards and two touchdowns. The stats may not seem too exciting, however keep in mind the Chargers struggled to get to 4-12 this year. He is big, he is tough and he is a threat. The team also retained a number of their own free agents, players like: guard Ramon Foster, wide receiver Darius Heyward-Bey and the consistent cornerback William Gay. In the draft, the Pittsburgh Steelers sought out to fix the team’s biggest criticism, defense. The team finished ranked 21st overall in total defense, and most of that was from their pass-defense. There were only two teams who allowed more passing yards in 2015 than the Steelers, The New Orleans Saints and New York Giants. The Pittsburgh Steelers tried to solve this problem when they drafted cornerback Artie Burns and safety Sean Davis in the first two rounds of the 2016 NFL draft. Burns was picked 25th overall out of the University of Miami. The same college of Vince Wilfork, Ed Reed, Ray Lewis and other future hall of fame defenders has begun to make a comeback. Burns, the six-foot physical corner demonstrates the U’s continued commitment to defensive. During his junior year, Burns had six interceptions in twelve games. His lengthy-press style of play should translate nicely to the NFL, might be able to put the Steelers over the top.

Sean Davis is listed as a safety, but he played some corner in college. He is slightly bigger than his new Miami teammate. Davis is 6-foot-one, and is just over 200 pounds (Burns is just under 200). Davis is a defensive playmaker, and could end up being one of the “steels” of the draft. In 2015 alone, for example, Davies had three interceptions and five forced fumbles. Eight turnovers from a safety. A tough, ball-hawking safety in Pittsburgh? Who would know anything about that…? After the draft, the Pittsburgh Steelers had two stud receivers, a great running back, hall of fame quarterback, great coach, big, quick tight end and two exciting play makers in the secondary. Then came June. The suspension of Martavis Bryant and possible suspension of Le’veon Bell certainly put a damper on the Steelers expectations, but everything else that happened in the offseason should leave the team and their fans cautiously optimistic. My prediction for the Pittsburgh Steelers this year: Between 11-12 wins, and they do challenge the New England Patriots for AFC supremacy. Thank you pittsburghsteelers.com for the pictures. Let me know what you think of the article! @petereddy19993