A change of career for Gronk? 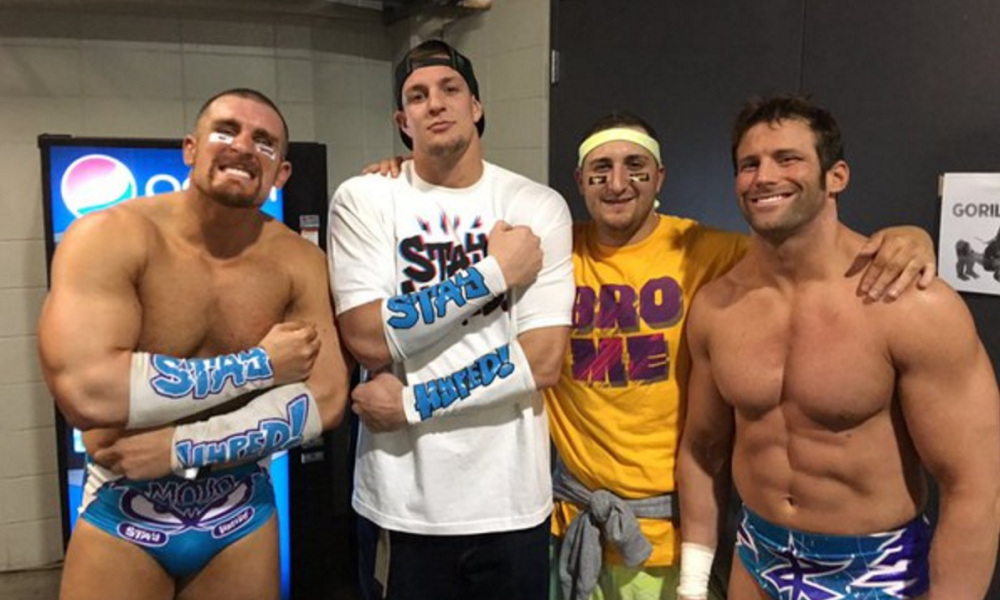 Everybody knows that Rob Gronkowski is an absolute freak of an athlete. He probably could play any sport for the first time and be good at it straight away. Combine this with his outgoing personality, he could easily make the transfer into sports entertainment.

According to a recent ESPN poll, fans think Gronk would excel in the WWE. This was after earlier this month former third-round draft pick Brennan Williams decided to leave the NFL behind and pursue a career in the WWE. He isn't the first football player to move into wrestling, arguably the biggest movie star on the planet at the moment played for the Miami Hurricanes and in the Canadian Football League. Formerly known under his wrestling name The Rock but everyone knows him in Hollywood as Dwayne Johnson.

The poll obviously would have Gronk as the football player to have the most success switching career to the WWE. He leads a pack worth of stellar names in this poll such as J.J. Watt, Von Miller, Richard Sherman and Ndamukong Suh. He is already friends with ex-footballer turned wrestler Mojo Rawley, so why couldn't the switch happen. This would obviously be after he's finished football because of his importance to the Patriots.

The vibrant personality Gronk has is evident in what he wears, with bright colourful and bold styles which would boost his profile in and out of the ring. All he needs now is a signature move which would have to be The Spike linking to his current touchdown celebration. A ring name which could be The Gronk or Gronk.

Gronkowski dominates on the field everything single Patriots so why couldn't dominate inside the ring in the WWE.