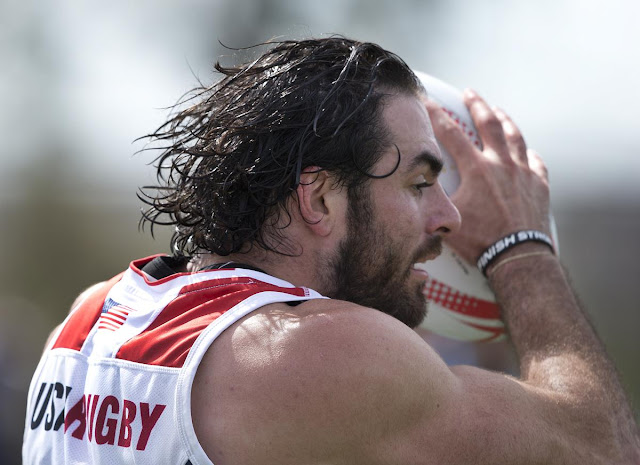 Special teams ace and current U.S. athlete at the Olympics in Rio de Janeiro, Nate Ebner accomplished something that no other person has ever done before.

On Tuesday at Deodoro Stadium in Rio, Ebner became the first Super Bowl champion to play in a rugby match at an Olympics. In that match, a 26-0 blowout of Brazil in the sevens tournament, Ebner scored a try right before the end of the first half and also received a yellow card for an extremely hard hit that earned him 2 minutes in the penalty box. In addition to the thousands of people watching at home or in the stadium, Bill Belichick and the rest of the Patriots at training camp spectated together after a long day of practice while sporting some No. 12 jersey's (in support of Ebner, not Brady).

Nate Ebner is a true class act and I'm glad that he got the opportunity to chase his dream of playing for his country at the Olympics. Unfortunately, the U.S. got eliminated by top contender Fiji before the medal contention rounds. They put up quite the fight and made a great first impression in the debut of rugby sevens tournament at the Olympics. If there's one good thing to take away from the U.S.'s loss, it's that Ebner came away without injury and that he'll be hungrier than ever to come back home and win another Super Bowl.