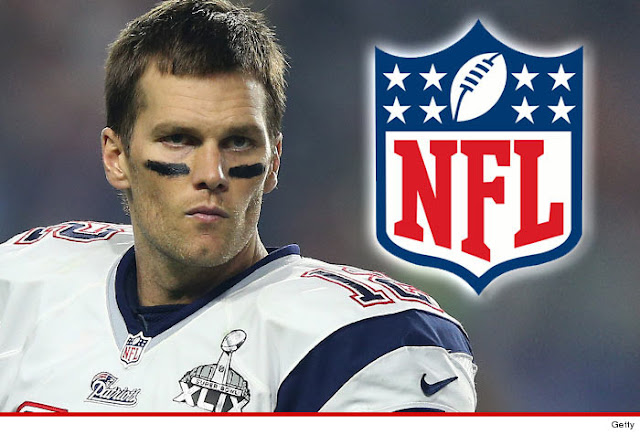 In case you missed it, yesterday all of New England and Patriots Nation celebrated the 39th of Birthday of our glorious sports savior, Tom Brady. It's been a wonderful, cheer-filled, heart-throbbing 15 years of Patriots football with TB12 at the helm, and I wouldn't have wanted it any other way. To commemorate the GOAT's birthday, Pats Nation decided to come together as one and serenade Tom at training camp yesterday, and it was magical.

It was an amazing display of loyalty and dedication, and Brady rewarded the fans with his trademark smile and a wave. I personally would have loved to be there to sing happy birthday to the greatest quarterback of all time but I like to think that I was there in spirit. Here is the actual video of the singing from Will Brinson on Twitter:


Although, as all of this happiness and singing was happening, the NFL social media accounts seemed to "forget" the birthday of one of their most popular, and albeit hated, players. This wouldn't be a very big deal if the NFL Twitter and Instagram accounts only singled out a few birthdays every time a group of birthdays rolled around on the calendar. However, for example, Brandon Browner, someone who was being charged with battery, had his birthday appear on the NFL Twitter's account a couple days ago. Did Browner somehow become a bigger deal than Brady in the past month and no one told me? That was just one recent example though; pretty much every notable and even unnoticeable birthday is celebrated by the NFL on their social media accounts, with the exception of Tom Brady. This also happened last year, with every major sports outlet posting a picture of Tom Terrific with some balloons and confetti, except the NFL. How much do you want to bet that the Commissioner's Office has something to do with this? I guarantee that in some capacity, in some way, Goodell and his band of brainless drones dropped some hints to the social media manager of the NFL not to post a picture or retweet anything related to Brady on August 3rd. Also, uncoincidentally, before Deflategate was made up and conspired by the league in an effort to drag Brady's name through the mud, the NFL posted a picture of him on his birthday every year dating back to the origin of their Twitter account. Coincidence? You decide.

Anyway, I just wanted to give a big thank you to the fans yesterday who sang a happy birthday to Tommy on his 39th birthday. And here's to another 39.