How can the Patriots replace Chandler Jones? 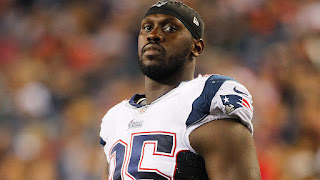 Probably the biggest question regarding the Patriots defense this offseason is how they will replace the pass rushing production of Chandler Jones. Jones, who was traded this offseason to the Cardinals, led the Patriots with 12.5 sacks last season. Despite losing the Pro-Bowl defensive end, the Patriots are better off at the position than most people think.

Possibly the biggest piece of the puzzle is Jones' replacement as a starter, Jabaal Sheard. Signed to a 2 year, $11 million dollar deal in 2015, he was one of the best value FA signings across the league. For some, Sheard flew under the radar last season. He quietly had a very solid and efficient year, finishing with 8 sacks while playing less than 50% of defensive snaps and missing close to a month with an ankle injury. With a heavy increase of playing time and good health, there's no reason he shouldn't reach double digit sacks this season.

The Patriots also added a pair of veterans, Chris Long and Shea McClellin. While McClellin's role is still unclear, at this point it seems like Bill Belichick prefers him as a pass rusher as opposed to a linebacker like he was in Chicago. Long, a former 2nd overall draft pick, is hoping for a bounce back year in New England. Long has been a very good player throughout his career, though his past 2 seasons have been cut short by injury. If he can return to his pre-injury form and stay healthy, he'll prove to be a very valuable part of the rotation at DE.

The Patriots also have several young players ready to step in and prove they can make an impact. Second year players Trey Flowers, Geneo Grissom and Rufus Johnson all looked promising at different points last year. With all three of them competing for playing time (and probably a roster spot) I'd expect to see at least one of them take a big step forward this season. Though they likely won't see much playing time except in the event of injuries, they will provide valuable depth at the position.

If it seems like the Patriots have a lot of options at DE, it's because they do. Sure, they don't have any big names like J.J. Watt or DeMarcus Ware, but each player on the roster is capable of at least being a solid rotational player. With the current depth, the Patriots have the advantage of constantly being able to make substitutions and keep fresh legs on the field at all times. Lack of depth in previous years is probably the biggest thing that held Chandler Jones back from reaching his full potential.

As good as Jones was with the Patriots, he wasn't without his flaws. Though part of it was undoubtedly because of him getting worn down by playing such a high percentage of snaps, I always felt like he had the physical tools to be a top 5 pass rusher in the league. In addition to not setting the edge very well in the run game, I also thought he would disappear at times in big games. It will certainly be interesting to see how he performs week one against the Patriots, because that's probably the biggest game of the regular season for him.