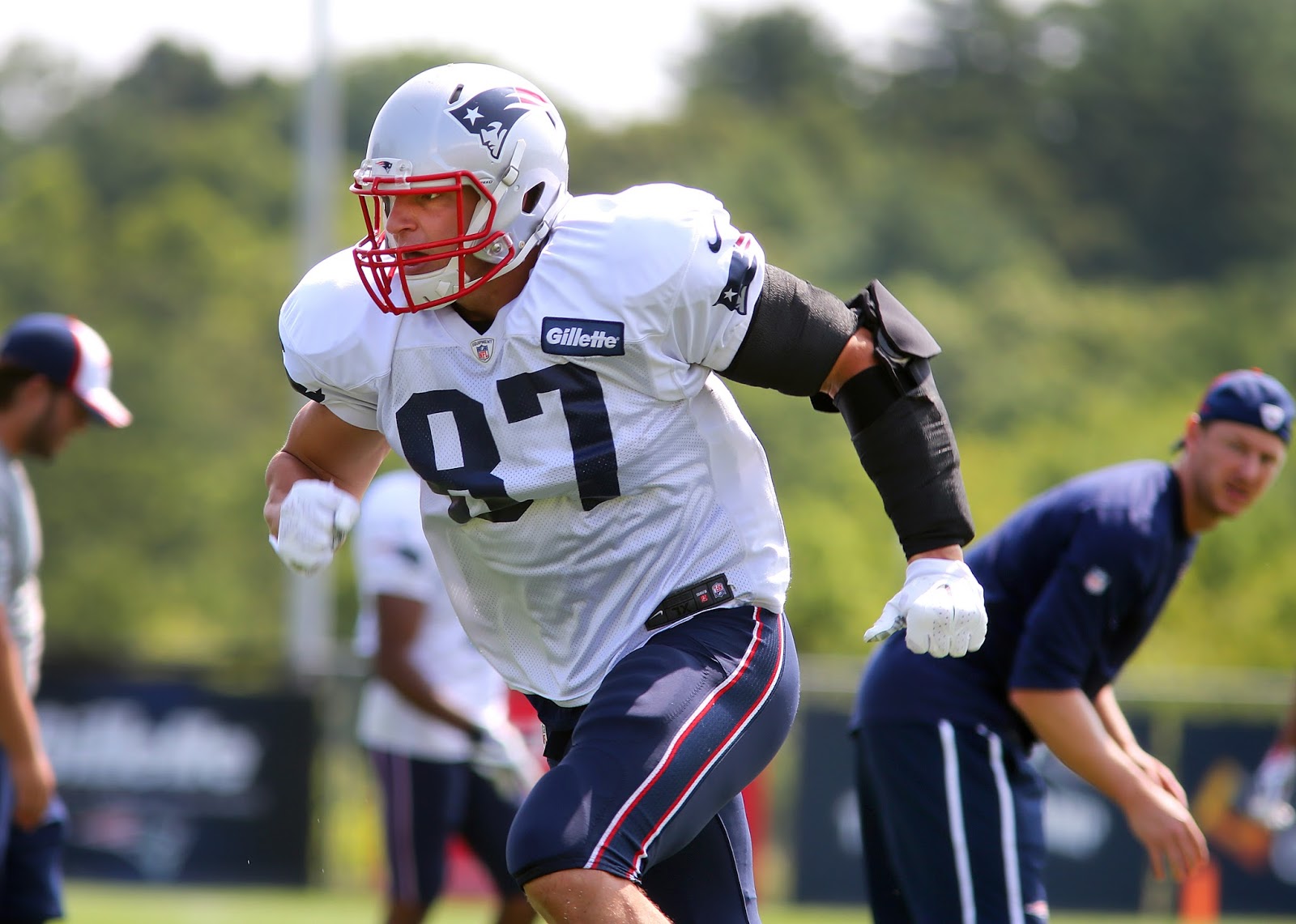 How many times do you wake up and hear there is an injury to another Patriots player! It seems like every day. Although when it is Rob Gronkowski missing time, you start to worry.

Earlier this summer Gronk missed a huge amount of time during offseason training activities (OTA's) and of course, there would be a huge worry. There were rumours flying around that he was unhappy with his contract or Belichick was bubble-wrapping him. After all this worrying, it was broken yesterday by Dianna Marie Ressini of ESPN, that Gronk had a pectoral injury but is now fully healthy.

Sources close to Rob Gronkowski tell me that he is finally feeling great after injuring his pec muscle this off season. #Patriots

This is a massive boost for the Patriots because to know that Gronkowski is fully fit is key to the success of the team. He is such a big part of the Pats offense and is irreplaceable because of the way Belichick utilises him. Gronk admitted that he wasn't in the best shape of his life, but is anyone when they first step into training camp?

Since he's been back Gronkowski has got back to his high standards of being the most dominant force at training camp. With him being back to his best after the injury, you have to expect another big year for the best Tight End in the league.