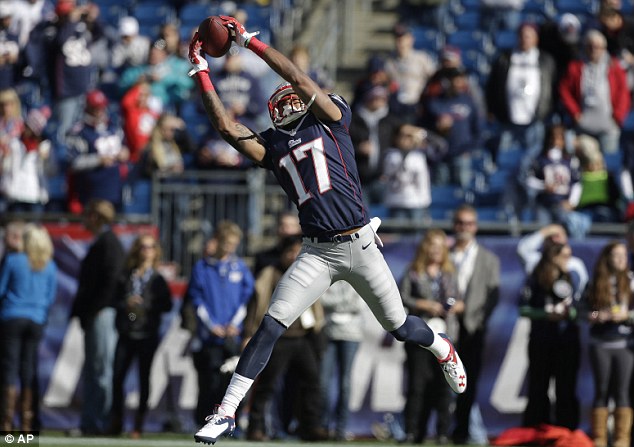 Stop me if you've heard this during training camp before, "Aaron Dobson has looked extremely good during camp and has tons of potential if he can stay healthy." If you've been following the Patriots for the past several years, that statement is immediately droned out subconsciously by your brain due to the fact that it's been repeated so many times over the past three years. Every season, there's a plethora of articles written about Aaron Dobson, all saying the same thing: "He needs to stay healthy." If I was a betting man, I would say that this is Dobson's final season to prove that he can be a viable receiver for this team, which is already chock-full of solid offensive playmakers.

Bill Belichick must truly see some real potential in Dobson because he rarely hangs onto a player this long without seeing any concrete results from said player. I can only recall two catches from Dobson's time with the Patriots, his 81-yard touchdown catch against the Steelers, and his first career catch against the Jets that went for a touchdown. It's not that the potential isn't there for Dobson, because it is, it's that he is more injury-prone than a blind horse who just chugged a Monster energy drink. In his three years with New England, he has suffered an injury each year, not playing in more than 12 games his entire career.

After his rookie campaign in 2013, everyone, including me, thought he was a budding star. He caught for over 500 yards and had 4 touchdowns, an impressive stat line for only playing in 12 games. His length and footwork made it seem like he could be the deep threat the Patriots have been yearning for ever since the departure of Randy Moss. However, with disappointing, injury-riddled 2014 and 2015 seasons, Dobson, like his draft counterpart Josh Boyce, is in danger of being cut this year if he can't make his mark.

To say that Dobson needs to impress this training camp is an understatement; he needs to blow the coaching staff away in order to secure a roster spot. With guys like Malcolm Mitchell and Keshawn Martin looking like prime candidates for the final two spots, Dobson needs to show more than he ever has if he has any hope of making this team. However, with Dobson it's not just about proving he can play; if he can't stay healthy this season, you can bet your bottom dollar that he'll be released within the week of him getting injured.

I would personally love to see No. 17 go out and make a splash this preseason and secure a roster spot. I think he has a ton of skill and if he can learn to hang onto the ball a little better, he could be the wideout New England has been wanting for a while. With Edelman, Amendola, Hogan, Mitchell/Martin, and a healthy Aaron Dobson, opposing secondaries will be shaking in their boots to matchup against this receiving corps.