Nate Washington cut by the Patriots 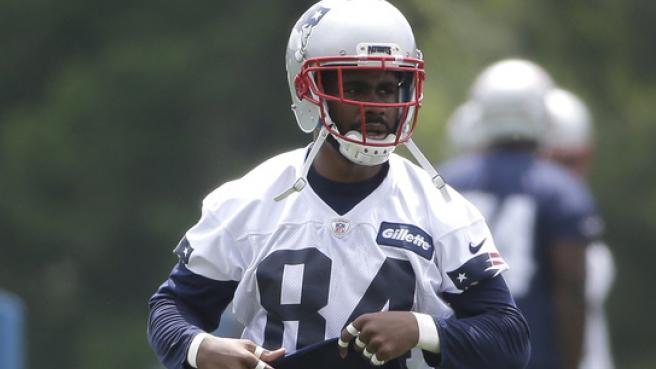 After getting off to a slow start at training camp, unfortunately, it's over for Nate Washington. He undoubtedly has talent but for the 32-year-old veteran is it time to hang up the cleats.

The announcement was made by CSNNE's Tom Curran on Wednesday that the Patriots were letting go of Washington as well as center Bryan Stork:

Coming into the league as an undrafted free agent with the Steelers, Washington's career numbers so far have been pretty impressive. Although after vomiting on the first day of camp with the Patriots and sitting out a few days he was always playing catch up.

A player that has two SuperBowl rings to his name, you wouldn't think at this stage of his career would be cut from the roster of a team during training camp. Washington has been consistent as a receiver but his most prosperous time of his career was when he was with the Titans. He had his only 1,000-yard receiving season in 2011 and came close again but ended 2013 on 919 yards. They could have been even more impressive but he wasn't blessed with great quarterbacks, Jake Locker and Zach Mettenberger to name a couple.

To be honest, Washington was always playing catch up if he was going to get a place on the 53 man roster due to the wide receiver position being stacked with so much talent. Julian Edelman, Danny Amendola, Chris Hogan and Malcolm Mitchell are all locks to be on the team. This then leaves Washington to fight it out with Aaron Dobson, Keshawn Martin, Chris Harper, DeAndre Carter and David Lucien for the last spot. At 32, he is coming up against these younger players that he most probably can't keep up with anymore.

It could be a sad end to a good career for Washington who's getting on in football years but I'm sure there is enough fight left in him to get back to the top of his game. Furthermore, there are a lot of teams in the NFL that need a player of his capabilities.