Led by a 39-year-old quarterback in Tom Brady, who will be suspended for the first four games of the 2016 NFL season, the New England Patriots should probably be gearing up for some sort of decline—at the very least they should have little to no hope of matching last year’s 12-win total during the regular season. 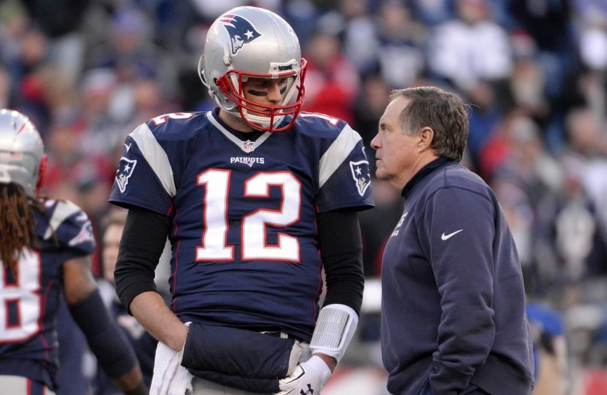 Of course New England isn’t worried about any of this. Not to the extent every other NFL squad would be, because frankly, they don’t need to be.

Even with Brady sniffing 40 and set to miss one-quarter of the season, the Patriots still have the best odds of winning the AFC championship (+300) and Super Bowl (+600), according to Bovada. And it’s not really relatively close on either front. No rival team is truly nipping at their heels. Projected studs such as the AFC odds-on runner-ups Pittsburgh Steelers (+1200) and Indianapolis Colts (+1600) aren’t even in the same ballpark as New England.

And it’s not hard to see why. Only one of the Patriots’ four Brady-less games comes against an opponent who won more than nine games last year. Their season-opener comes against the Arizona Cardinals, and they’ll round out the final three against the very beatable Miami Dolphins, Houston Texans and Buffalo Bills. Seeing the Patriots finish worse than 3-1, or maybe 2-2, during this stretch would be a real shock.

At the same time, the Patriots could go 0-4 without Brady, and it would still be difficult to imagine them winning less than 10 games. Relative to most other teams, New England’s schedule is quite favorable. Let’s not forget how truly brilliant Brady still is.

Have a look at who the Patriots play next, scan their entire schedule, find out the best betting lines for every New England game and heed some tips on how to make more money from your Patriots bets.

No other quarterback in football threw for more touchdowns (36) in 2015, and just Drew Brees and Philip Rivers tossed for more yards. Absolutely no one, meanwhile, posted a better interception rate; Brady was picked off on just 1.1 percent of his passes, which is astounding when you consider he threw the ball 624 times.

The last player under center to notch an interception rate below 1.5 while flinging at least 600 passes was Brady himself, in 2012. Before that, according to Pro-Football Reference, nobody had achieved it. Brady has laid claim to this feat twice, while no other QB has accomplished it once. Sure, the game has changed. The length of the season has increased since the NFL’s inception, as have the number of pass attempts by quarterbacks but that only makes Brady’s unparalleled ball control that much more impressive. He has more opportunities than most to get picked off, and yet, almost never forfeits possession.

The Patriots have once again surrounded that version of Brady with a ridiculously good offense. Danny Amendola and Julian Edelman are a solid one-two wideout punch, and no tight end rotation comes close to matching the star-studded duo of New England’s Martellus Bennett and Rob Gronkowkski.

Backup quarterback Jimmu Garoppolo should have no problem surviving four games with those four around—especially when he has LeGarrette Blount and Dion Lewis, two above-average-level runners, coming out of the backfield.

All the Patriots essentially need to do for the first four weeks is tread water. Then, once Brady comes back, they are set. They will deploy a top-five offense, and their defense should be able to hold its top-10 standing from 2015.

It helps, too, that the AFC isn’t exactly brimming with powerhouses. The Patriots’ three closest AFC championship odds threats, the Steelers (+500), Cincinnati Bengals (+700) and Colts (+750) don’t really stack up.

The Steelers will be without No. 2 wide receiver Martavis Bryant for the entire year; Colts quarterback Andrew Luck, while still profiling as a superstar, bordered on atrocious last season and anyone counting on Bengals flame-thrower Andy Dalton to remain healthy for the entire season should also consider buying durability stock in Dallas Cowboys quarterback Tony Romo.

After that, the next level of AFC championship “threats” is hardly as serious. The Denver Broncos (+800) won’t have a viable offense unless Mark Sanchez goes bonkers; the Kansas City Chiefs (+1000), though perennially underrated, lack the big-play chops on offense to keep up with a full-strength New England team late in the season or during a playoff game; the Oakland Raiders (+1200) just aren’t there yet; the New York Jets (+2800) offense remains wildly overrated; and although the Baltimore Ravens (+1600), Houston Texans (+1800) and San Diego Chargers (+3300) all have their bright spots and potential what-if perspectives to sling, not one of them is good enough on both sides of the ball to pose a legitimate concern. 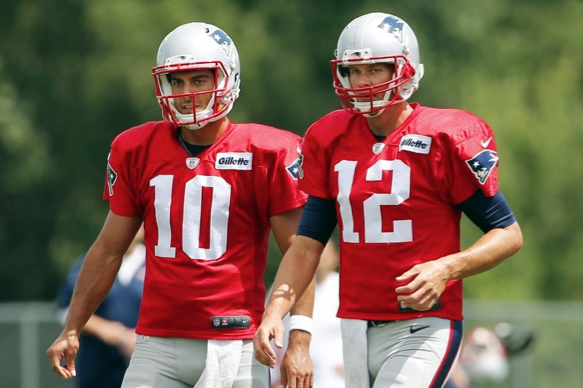 Six months from now, when the NFL season has wrapped up and we’re reflecting on what was, we should be talking about the Patriots as a relatively unchallenged AFC Champion. And let’s face it, given all we know, including what we know about the Green Bay Packers (+850), Seattle Seahawks (+1100) and Carolina Panthers (+1200) in the NFC, we should be fully expecting Brady and the Patriots to close out this year as Super Bowl champs.

That’s how immaterial their biggest concern, Brady’s temporary absence, ranks. If anything, his suspension should galvanize the entire team, including the quarterback himself, to thrive in the face of adversity and, through a fifth Super Bowl ring for the Brady-Bill Belichick era, flip off the rest of the NFL with a proverbial middle finger.