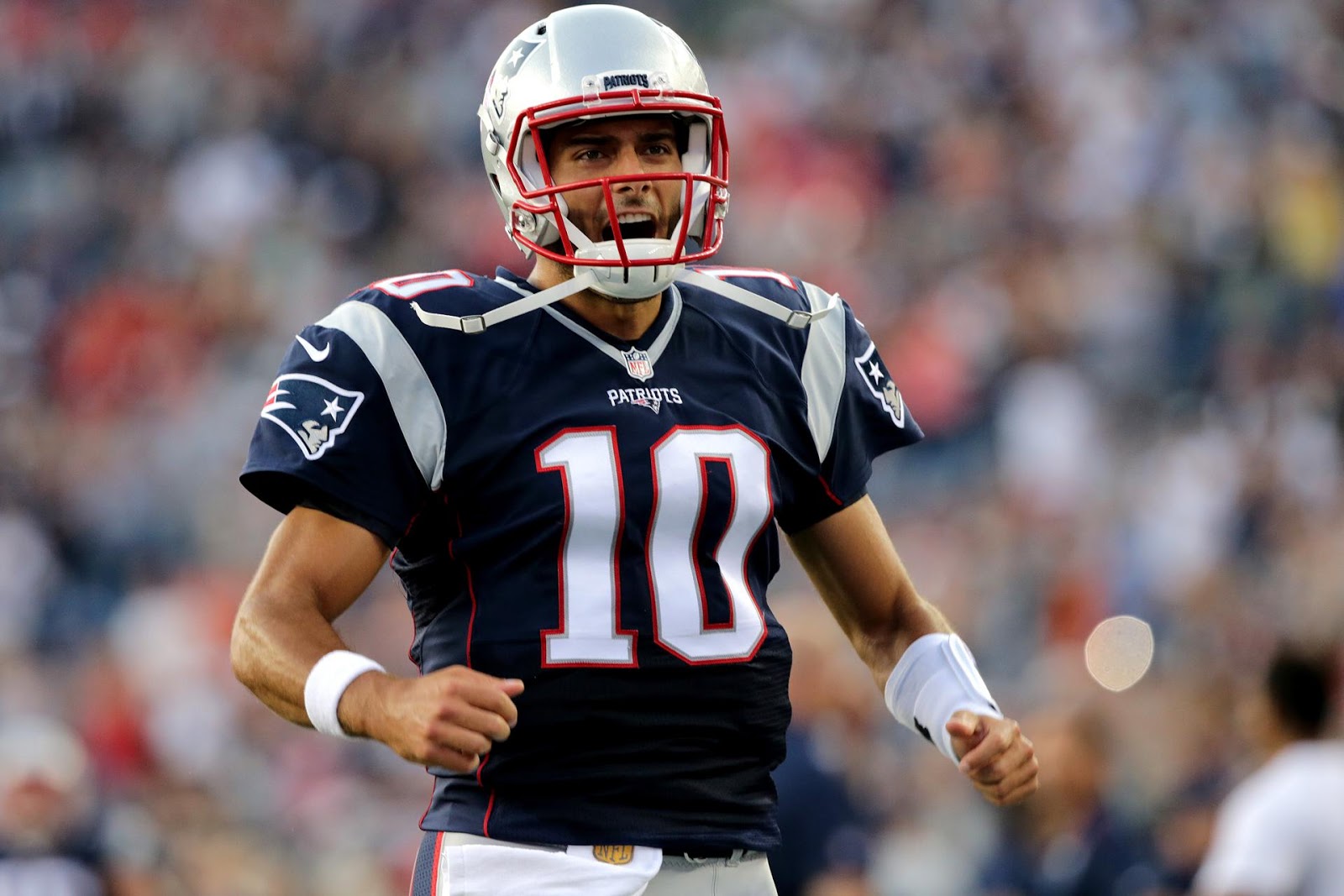 Jimmy Garoppolo has had plenty of time to mull of the four opponents he will have to face as the Patriots' starting quarterback but Friday against the Panthers comes first.

It is a good sign that he is concerned only about the next game rather than looking too far ahead. This shows a maturity that very few young quarterbacks show, evidently Tom Brady has been teaching him well. He enforced this point when talking the Globe's Emily Mcarthy and Jim Mcbride:


“If you look too far ahead, you’ll get yourself in some trouble, and that never ends good,” Garoppolo said Wednesday before the Patriots practiced at Gillette Stadium.

“We’re just focusing on Carolina right now, we got a big game Friday. We’re not taking it lightly at all. They’re a very talented football team, very good defense — that front seven, I mean they’re really talented. So we got our hands full right now.”

Although they haven't been told yet who will be starting on Friday night against the Panthers, Garoppolo is preparing as if he is the guy. He eluded to how anything can happen, this relates to how Brady was supposed to start last week against the Bears but cut himself with a pair of scissors pre-game and sat out. The third year QB who has entered his first two seasons knowing he was Brady's backup doesn't feel any different being the starter this time round.

When you have a quarterback with this kind of a mentality there surely can only be positives to come from this. Also, he's been coached and played alongside two of the best in Bill Belichick and Tom Brady. I believe this guy will be a success and eventually fully take over the reins from Brady.