The Bryan Stork saga continues with a failed physical... 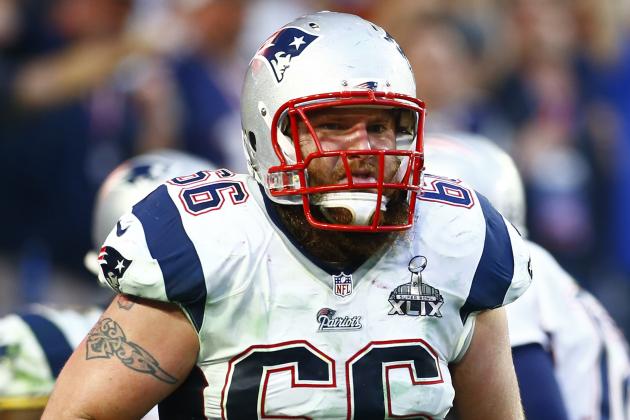 As if this story couldn't get any crazier, a new twist has befuddled the already "fuddled" Bryan Stork situation.

After it was reported that Stork was being released by the team as apart of roster cut downs, a new report came out that the former FSU Seminole had been traded to the Redskins for a conditional draft pick. This trade seemed to make more sense for New England, as Stork was just a year removed from being the starting center on the Pats championship run, and there had to be value out there for him in terms of a trade. A conditional pick wasn't a total bad return, as the Patriots have a strong history of turning those types of picks into solid players or even more picks. However, a couple hours after the trade was announced, rumors swirled about Stork considering retirement following his move to Washington. That turned out to be false, in a way, because Stork was going to report to Redskins camp after a physical was passed... Well, that went down the tubes didn't it?

Earlier today, multiple reports were leaked that the Super Bowl Champion center had failed his physical with Washington, and therefore his rights are reverted to New England and the draft pick returned to the Skins. This could actually be the most insane training camp story the NFL has seen in a while, not just because of the player involved, but mostly due to the fact that there were so many twists and turns along the way, and this saga doesn't even have an ending yet. New England is now stuck with Stork, the same player they were going to release just a week ago, and now will likely do the same thing as his on-field performance didn't compensate for his off field issues. However, with offensive line depth being marginal at best, I wouldn't be totally surprised if New England hung onto Stork just until Jonathan Cooper and Shaq Mason return to full health.

UPDATE: New England has released Stork after his rights were reverted back to them today.