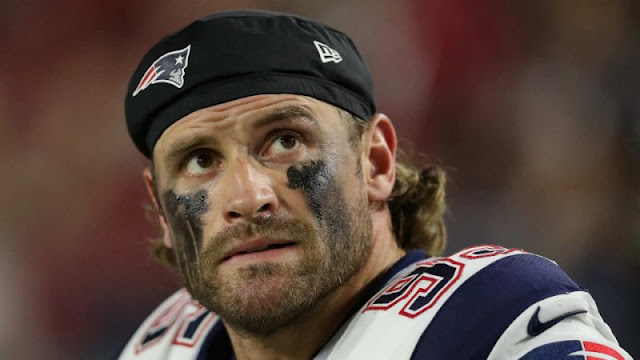 It's no secret that the controversy surrounding Colin Kaepernick's refusal to stand for the National Anthem is one of the NFL's hottest-button issues of all time. Regardless of how we all feel about the matter, there's no denying how effective the protest has been.

The protest carried over to the rest of the league as the 2016 season opened, and several Patriots joined in solidarity. Speaking to ESPN Radio's "Russillo and Kannell" on Tuesday, Pats defensive end Chris Long offered his take on the matter.

Here are some of the highlights of what Long had to say (transcription via ESPN's Mike Reiss):

"But I'll make it pretty clear: I support my peers in exercising their right to protest. This is a wonderful country, and I think everyone agrees on that, but there are things in our country that can improve. I don't think that by acknowledging as a white male that America isn't the same for me, maybe, as it is for everybody, the same great place, that we're complicit in the problem or that we're saying America isn't a great place...

"If we're saying there are incidents of oppression in this country, systematically or individually in this country, I don't think saying, 'Well, in country X, Y or Z it's 10 times worse' is making things any better. I think that may be true, but why can't we improve?...

"I play in a league that's 70 percent black and my peers, guys I come to work with, guys I respect who are very socially aware and are intellectual guys, if they identify something that they think is worth putting their reputations on the line, creating controversy, I'm going to listen to those guys....

"And I respect the anthem. I would never kneel for it. We all come from different walks of life and think differently about the anthem and the flag and what that means. But I think you can respect and find a lot of truth in what these guys are talking about, and not kneel. Those aren't mutually exclusive ideas....

"I think one of my good friends, Nate Boyer, who was a green beret, went and stood with Colin and said 'Hey, I wish you would feel the same way I do about the flag and about the anthem, and I will stand here with you until you feel like you can stand.' I thought that was powerful and coming from a guy who certainly could be very upset about Colin's protest. He had an open mind and I think that's the biggest thing. Just have an open mind...

"I think when an African-American man makes a stand on something like that, then we get upset on behalf of those great men and women. I think we need to just think about our patriotism in general as a country."


It's an eloquent take, and Long certainly doesn't pull any punches. The first-year Patriot hasn't been known to shy away from his views outside of football, including an endorsement of Libertarian Party presidential candidate Gary Johnson earlier this year.

As the Kaepernick situation continues to be at the forefront of the public eye, more NFL players will continue to express their viewpoints. Chris Long isn't the first Patriot to react, and he likely won't be the last.