The Patriots are on fire. They seem to be benefiting splendidly from the 2016 schedule. After beating the Houston Texans in a match at the Gillette stadium that everyone agrees was lopsided, Bill Belichick’s team had a whole weekend to put their legs up and recuperate fully. Sufficing to say, that is the sort of opportunity that many NFL picks would love to have, especially considering the difficult games ahead.

Buffalo is waiting for the Patriots, and they will not be an easy opponent, having defeated the Arizona Cardinals at home. Many Patriots players used the weekend to prepare for this clash. 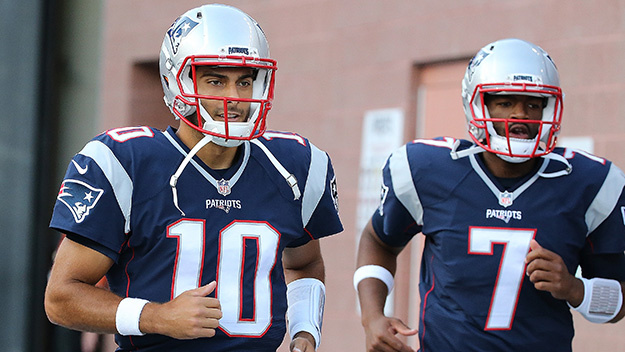 Certainly, no one was faulted for using the time to relax. Many of the players actually chose to spend the time on their own, hanging out with friends and family at home before returning to the field on Tuesday and initiating training for the Buffalo game.

The game against Houston was a challenge because the Patriots didn’t have nearly enough time in the week to prepare. The fact that they were playing at home was adequate compensation, though, this along with a free weekend away from the office.

The Patriots are fortunate to have someone like Bill Belichick on their side, who has the technical skills to keep them in line and guide them towards victory even in the least conducive of circumstances.

Amendola was heard saying that he felt a little disturbed by all the free time that was afforded him, especially when he was sitting in his house and watching football for two days straight.

When you spend so much time playing football, it becomes a part of you, so much so that the absence of the pressure created by the NFL schedule can feel a little off.

However, Amendola was more than happy to put his legs up for two days and take a well-deserved break from the game. The weekend provided opportunities for players to pursue rehab and get their minds and bodies ready for another week of football.

Winning probably makes the relaxation process a little easier. The Patriots might have struggled to put their legs up if things with Houston had taken a nasty turn. Sufficing to say, with so much time off, the team is more than ready to put in the effort and work overtime to continue their successful start to the season.

The Patriots took to the field for the first time in the week on Tuesday. Bill brought all 63 players out, suited and ready to participate in the training session. The Patriots haven’t yet submitted their injury report.

It will be interested to learn just how active Jimmy Garoppolo and Jacoby Brissett were during practice considering their recent injuries. Not that their absence will keep Bill’s side from clinching a victory, what with all the down time they have had.