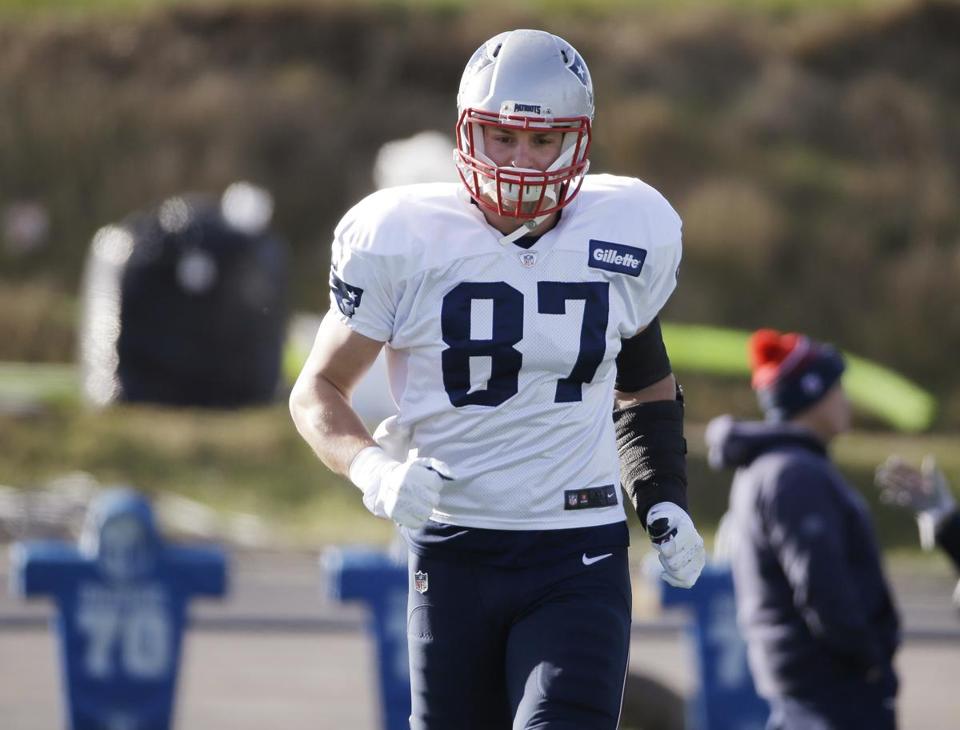 Let us rejoice, Patriots fans. After missing the Week 1 matchup with Arizona, Rob Gronkowski is back at practice this week, mending his hamstring injury that he aggravated a couple weeks ago. Despite returning, he still appears to be limited and his status remains uncertain for New England's next game.

As he was last week, Gronk was at practice today. pic.twitter.com/5glKSxlmGz
— Mark Daniels (@MarkDanielsPJ) September 14, 2016

Having Gronk back at practice is definitely a great sign for New England, but this by no means is an indication that he will play Sunday against Miami at Gillette. The very last thing the Patriots need is another long term injury to a key player, and if keeping him out another game will make him last longer, I think everyone would be for that. In addition to that, this next game against the Dolphins would probably be the one game where having Gronk available is the least beneficial offensively, as Miami's offense is way below average and Jimmy Garoppolo and the Patriots more than likely won't have to score a lot of points. So overall, I would say it's in the best interest for the Patriots to keep Gronk out this week, keep him practicing, and have him ready for the Week 3 Thursday night game against Houston's stout defense.