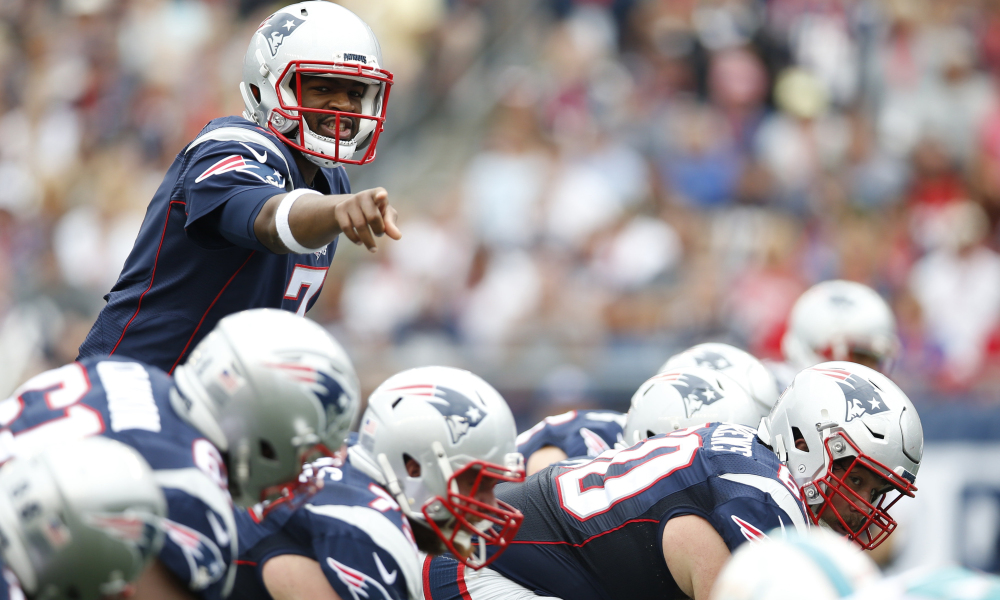 Once again injury has blighted the New England Patriots, how often have we had to say that. All the hype in the offseason was how unproven quarterback Jimmy Garoppolo would fair in the place of the suspended Tom Brady. I guess the early season optimism, for the time being, is over.

Garoppolo had an impressive first start of his career, leading the Pats to 23-21 win over the Arizona Cardinals in Week 1. On Sunday, he was lighting up the Dolphins defense throwing for 3 touchdowns in under a quarter and a half. Then on a play where he rolled out the pocket completing a pass to Malcolm Mitchell, he was tackled to the ground with all his weight coming down on his right shoulder. He had to exit the game and didn't return. Post-game Bill Belichick said Garoppolo would be monitored day to day but with a short week as the Patriots play the Houston Texans on Thursday Night Football, welcome to the limelight, Jacoby Brissett.

The third-round pick out of NC State checked in, in the second quarter to replace the injured Garoppolo and did a steady job completing 6-for-9 passes for 92 yards but most importantly no interceptions, as the Pats scraped a 31-24 win.

Coach Belichick spoke about Brissett in his post-game press conference:

Even Brissett is sounding like a typical Patriots quarterback already says Darren Hartwell from NESN.

“Did enough to win,” Brissett said when asked to rate his performance. “Obviously (have) to get better, but we did a great job in all phases of the game to help lead to this victory.”

It is looking like the Patriots will have to draft in a veteran quarterback to back up Brissett, in the form of a Ryan Lindley or Matt Flynn for the game against the Texans. Although, it looks like Brissett is going to be the guy in Week 3.