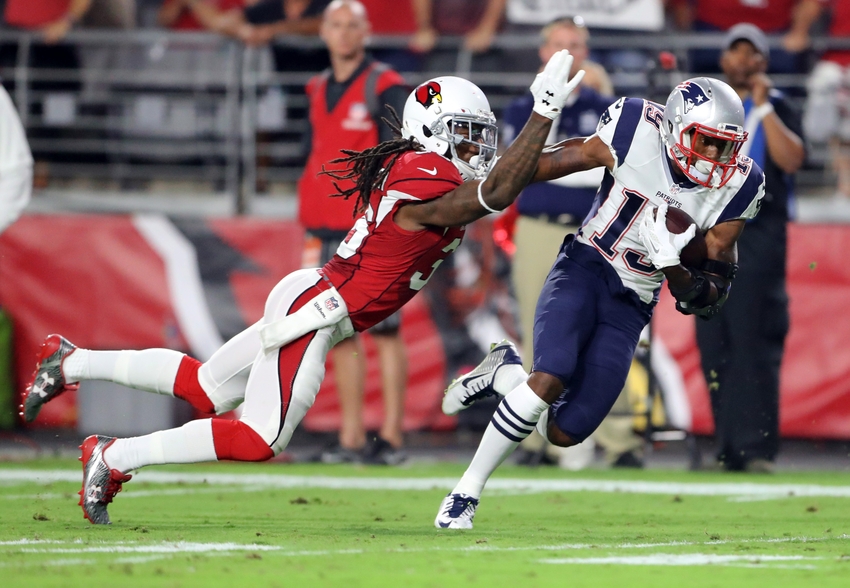 Sunday night was a huge win for the Patriots but what was even more impressive was the impact rookie receiver Malcolm Mitchell had on the game. Drafting wide receivers hasn't been good for the Pats since 2009. With Mitchell playing 55% of snaps in comparison to Danny Amendola's 28%, Belichick might have hit the jackpot with this guy.

Bill Belichick spoke to NESN's Doug Kyed about the impact of Mithcell:


“Malcolm really did a lot for us up until the New Orleans game, when he was injured in that preseason game,” Patriots head coach Bill Belichick said Monday in a conference call. “Then he came back, I thought he worked hard to get back on the field and had a good week of practice last week before the Arizona game. Other than those couple weeks he missed, he’s been out there a lot, and he’s done a good job for us. Obviously, that’s why we kept him on the team, but he did a good job and has done a good job for us in training camp. He’s been a pretty steady performer other than those couple weeks he missed after the New Orleans week.”

Mitchell finished the game with two catches for 33 yards on five targets, including an impressive 28-yard catch and run. He showed the presence of mind to turn upfield with the ball, previous receivers in his position have struggled with. The former Georgia Bulldog was Jimmy Garoppolo's third favorite target behind Julian Edelman and James White against the Cardinals. It will be interesting to see how many snaps Mitchell gets when Amendola is up to full speed but he has shown us that he belongs in the NFL.