Patriots 53 man roster: Dobson and Grissom Out Foster and Johnson In 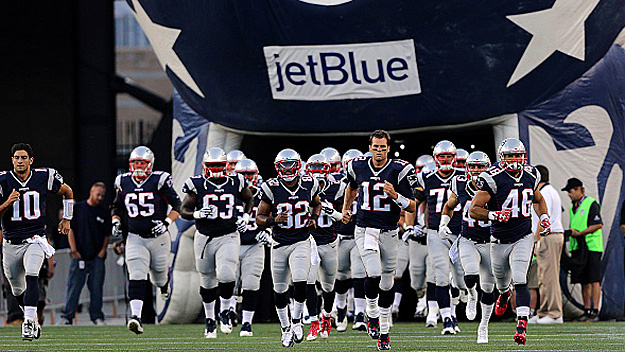 In the last 24 hours, we have found out the New England Patriots first 53 man roster of 2016. A few experienced heads lost their jobs and some rookies have pushed themselves up the pecking order with impressive preseason performances.

The difficult decisions in terms of cuts were at running back, tight end and at defensive tackle.


I've been released by the @Patriots , but I want to thank Coach Belichick & the entire organization for believing in me. More to follow...

At wide receiver, the most high profile release is definitely Aaron Dobson. He just hasn't developed into the weapon the Patriots wanted, but standing at 6-foot-3 and 205 pounds Dobson has all the physical attributes to succeed in the NFL. A combination of Bill Belichick being fed up of waiting for Dobson and newly-acquired receiver Chris Hogan from the Bills in the offseason, there was no place in New England for Dobson. Harper and Carter were expected to be cut but for Lucien and Martin, injuries in the final game of preseason against the Giants sealed their fate.

We all knew LeGarrette Blount, James White and Brandon Bolden were going to make the team at running back as they have performed in the past for Belichick. So this left one position that would have been for Dion Lewis but he is out due to complications from his knee surgery. This left Tyler Gaffney and D.J. Foster fighting it out for the last roster spot. The coaching staff most likely cut Gaffney due to the injury he picked up Thursday night against New York and they were comfortable with what they had in Foster. Gaffney will probably return to New England if he passes through waivers.

Joe Vellano being cut was a bit of surprise but there is a real depth at the defensive tackle position this year with four wrecking balls upfront. Alan Branch, Malcolm Brown and Vincent Valentine were pretty much all roster locks leaving only one space left. Anthony Johnson then grabbed his chance with both hands in preseason with some destructive displays that ultimately cost veteran Markus Kuhn his job.

Most of the game time during the preseason at tight end went to A.J. Derby so he was always going to be on the team behind star duo Rob Gronkowski and Martellus Bennett. The final fourth spot went to Clay Harbor which is a wise decision by Belichick and great for him. Not much playing time in preseason could have seen him frozen out but he obviously has shown the management enough to keep him on. Harbor is a tight end with safe hands and is a brilliant blocker which is the kind of dependable player the Patriots need if it gets to a stage of Roger Goodell banning Gronk and Bennett for being too good because anything can happen when it's the Pats.