Player to Watch - Stop the Will Fuller Deep Threat 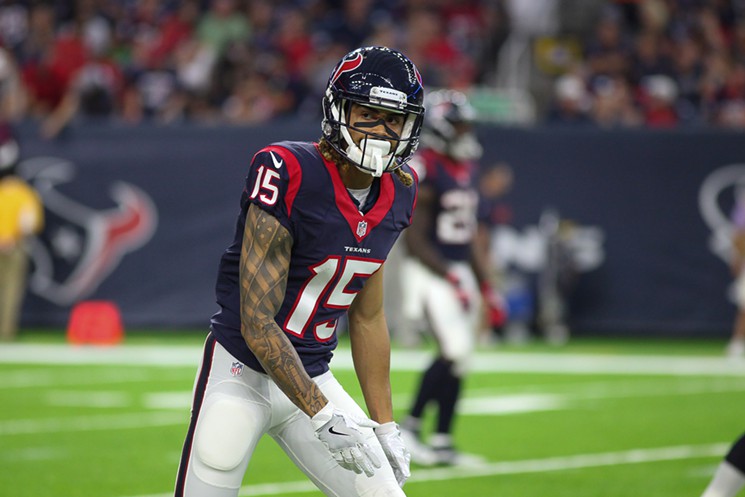 The first Thursday Night Football of the season with Patriots is here, with the Houston Texans visiting Gillette Stadium. The player to watch this week is rookie wide receiver Will Fuller.

This is obviously not the player you thought I would have picked. With so much talent on both sides of the ball such as J.J. Watt, Jadeveon Clowney and DeAndre Hopkins, Will Fuller goes under the radar. I know he is only 2 games into his pro career but he has had 100 yards receiving in both those games. Although this was not the reason why he is on the watchlist, it's because the Texans finally have a viable deep threat. Yes, Hopkins is a great receiver but he doesn't make those big plays Fuller has shown when he lights up the safeties down the middle of the field.

Fuller was the Texans first round pick in the 2016 Draft out of Notre Dame and it seems to be working to plan already. The issue Bill O'Brien had to address from last year was that after his No.1 receiver, DeAndre Hopkins he had no depth at the position. So if teams put double coverage on him that would stifle the Texans offense which is what happened in the Wildcard defeat to the Kansas City Chiefs. Alongside Brian Hoyer throwing 4 interceptions. He is going to be a real threat on Thursday night because of how shaky the New England defense looked in the second half against the Dolphins in Week 2. Almost being forced into overtime after being 31-3 up isn't good enough. This was because the Dolphins had a receiver combination in Kenny Stills and Jarvis Landry that could run every route. Landry can run most routes much like Hopkins, but Stills gave Miami something different, he could stretch the field which is what Fuller will do. Defensive Backs don't like having to run backward in coverage so the rookie from Notre Dame is going to put the Patriots defense under real pressure. If this guy gets a bit of space to run good luck Devin McCourty and Patrick Chung, you're going to need it.