Will Gronk play against the Texans? 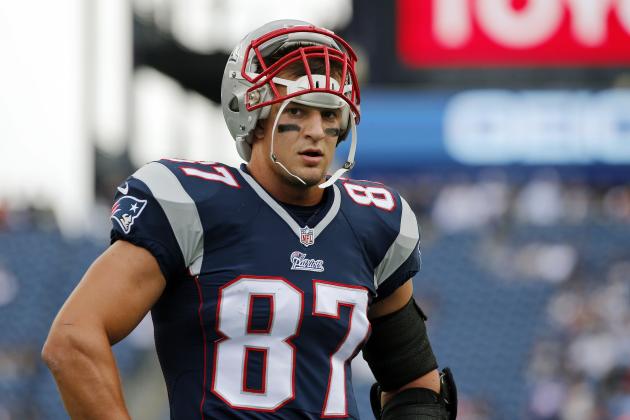 Is he or isn't he? When are we going to get a definitive answer, about the health of Rob Gronkowski? On Tuesday the Patriots' star tight end was coy about his injured hamstring and his availability for Thursday night against the Texans.

"We'll see," he said. "It will definitely be a coach's decision, a trainer's decision. We'll all come together.

"I'm just doing everything I can right now to be as healthy as I can be. I'm improving every single day. Basically, day by day right now. … Obviously, you just don't wake up and you're 100 percent, but I'm satisfied with the improvements.

Once again he was limited in practice but showed up in full pads for the walkthrough session but this wasn't an indicator that he was returning to the field. Gronk explained it was only to get the feel of them again and was part of his recovery.

Photo: Rob Gronkowski explains that he wore full pads to get used to them. Hasn't been in them for a while. pic.twitter.com/6zZrTfat2s

So the question is still not answered. When is Gronk coming back?