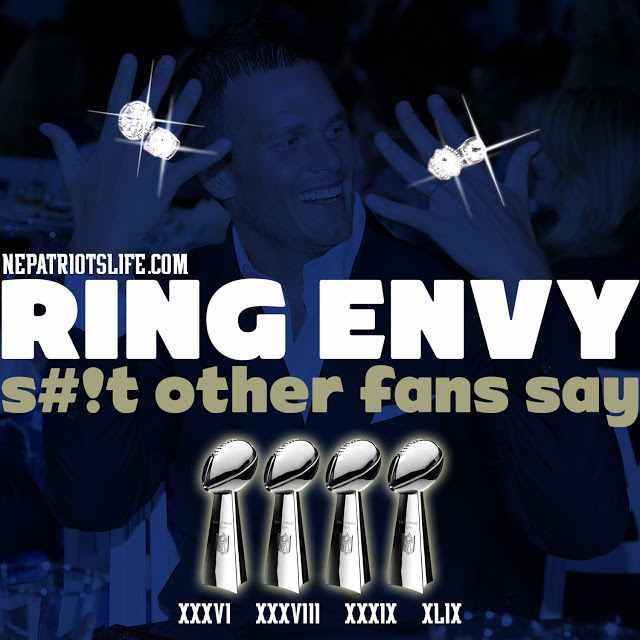 Oh, Dolphins fans. You guys are a bunch of morons. You're too optimistic when you think you're going to win, and you're too pessimistic when you think you're going to lose. Of course, the Pats have tortured the Dolphins over the years, so the only way their fans can feel better about themselves is to call the Patriots "cheaters" over and over again. Really original. And for the love of God, can one of you brain dead idiots spell GAROPPOLO right? And let's stop with the Tom Brady being overrated talk.

I believe in Adam Gase and I believe we will be ready to play. Let's get those ****ers for the second time in a row and get our first win of the season, our first win in the Adam Gase era, and a 1-0 record within the division.

No brady no win. You wont see a single pats fan here after we win. Still stoked we singlehandedly cost that crooked ass organization another potential SB last year.

The defense must be tired. LOL

Ole Jimmy looks exactly like Brady. Anyone still think it's Brady and not the system?

That was ****ing embarrassing

if there was a prop bet that we would get 3 and out, i would so take it right now LOL

Right down the field like they were playing a high school team. No Brady and no Gronk either.

That's just about how I figured that would go.

Because they know exactly where the defense is going to be on every play. They are playing New England IN New England. The cheat is on people. Don't act so surprised. This is unwinnable.

Edelman on 3rd down is money.

if jenkins put as much effort on the field as he has the anthem, we would have been ok that last drive

So basically 3 and out if not for the penalty. This team really is bad. What's new though?

I love all of the people who said we had a chance....

I'm very quickly hitting that "I worked a graveyard and stayed up for THIS, I'm going to bed" limit.

This is how offenses work when they know the exact defensive play call every time. Let's not give this cheating franchise too much credit.

Probably should forfeit to avoid breaking their ankles.

Got a double to work. Looks like it will be back to bed for me again. Should have just stayed there.

Way too easy. Without their two best players, NE is still head and shoulders better than Miami. Same ole sh**.

Miami hasn't learned in like 15 years it seems. Until you build a defense that can stop screens and TEs you will not win the AFC east. Our defense line is fine now our secondary is still 7 years later a problem. It's not Brady he's a system quarterback as we're seeing the offensive scheme let's rookies pick you apart

I'll ask again: Anyone still think it's Brady and not the system?

Death, taxes and Edelman on 3rd down are guaranteed.

It's absolutely amazing how bad Jelani Jenkins has been today. It's almost like he's been paid to blow it out there. Maybe that's the Pats new cheating strategy. Paying off opposing players to suck more than usual.

Its not that the Patriots are that good, its that we are just that bad. It is pitiful how clueless our LB and secondary is right now.

People say they can't wait till Brady retires so the Patriot Empire will end, little do they know....

I've said so many times - this team knows the exact defense before every single play. That's why the ball gets out so quick. It's only possible to get the ball out that quick when you know the defensive play call. They know it every time. But sure - keep praising the system. It's a system of systematic cheating that has never stopped. And it doesn't matter who the QB is to engineer it. ANY QB starting in the league would look this good if they had someone in their ear telling them the exact defense they would see on any play. But they will continue to be praised as an amazing team. Until someone catches them again. It can't come soon enough.

Some poor NFL team is going to give Garapolo millions next year because of this game.

Any surprise that Tannehill's headset is down, in New England??

Looking like it's going to be a long season, but it's the Cheatriots and last week did look allright...

So... Welker helps us coach in camp. and he's at the game in a Pats tee? Really?

NO way is Miami close to the level NE is. Talent, coaching and organization .

All talk about New England cheating aside - this Miami team IS terrible. I'm going to make some good money betting on Cleveland next week.

HAHAHAHAHAHA. Every good play for Miami will result with 10 good plays for the Pats. \

It's embarrassing how many calls the Pats get at home...with how much Pats fans I know whine about the refs screwing them.

Time to see the next guy come in and look like an all star.

Watch Brissett light it up on us now.

When Brissett looks every bit as good as Jimmy, let's start to examine just how good Tom Brady really is...or isn't. And how much it has to do with the system.

Yeah, I wanted us to draft Brissett but the cheater surprisingly took him in the 3rd.

Nothing good to say...as an organization, we are completely outclassed. From ownership, to HC, to QB...we are not even close. Oh well...on to the draft.

At least I can spend my Sunday's golfing again.

Can we trade Tannehill for Garropola as soon as the game is over? Even with a separated shoulder or whatever his injury might be, Garropolo>Tannehill.

A. Foster is hurt... I'm not surprised, great pickup Tannebaum

If our defense has a little gas left in the tank, we should be able to make a comeback.

So we finally start moving the ball... Ajayi fumbles. Should have left him at home again this week.

Lucky Foster is hurt, I'd paste Ajayi to the ****ing bench...idiot.

Good thing we saved $15 by switching from Miller!

Bennet just made Maxwell his ***** with that stiffarm.

Why can't I just be a fair-weather fan and root for the Pats like almost everyone else in South Florida?

Holy crap. I usually try not to complain about the refs, because I know I'm biased. But this is one of the most one sided called game I've ever witnessed....

Wow, might we make a game of this? Probably, since I just decided that the roast my wife was going to cook in the oven... I'd do on the bbq instead.

cant stop the run. its over

Now stop Blount and we're in this.

We got a game, who would have thought...

I give Gase and this team a ton of credit, I was shoveling dirt on this entire season a quarter ago lol.

You know they are running it and you can't stop them still.

This is defense is ****ing horrible.

The defense lost this game for us.

That was a horrendous display by our defense.... How many times were they going to go wide left and nobody was there

Is anyone else f***ing TIRED of Landry fighting on EVERY SINGLE play man?????? Not to mention, holy **** man stop going for the fancy breaks and just cut once and get the extra 2 or 3 yards. Every play isn't going to be an 80 yard TD.