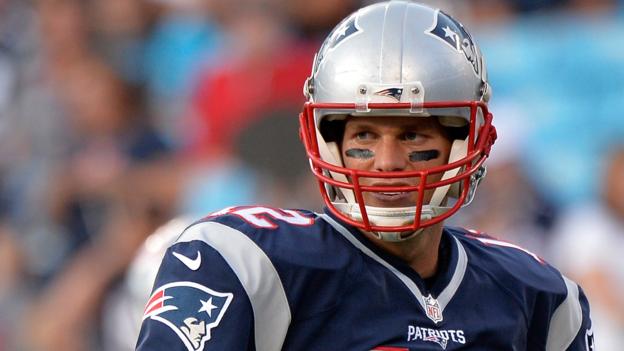 Today was the day that Tom Brady's ludicrous ban officially started. While Roger Goodell was boosting his ego at his latest attempt to derail the Patriots' season, the organisation were supporting their man with a tribute on the iconic lighthouse at Gillette Stadium.

On the lighthouse was a picture of Brady with the No. 12 illuminated at the top of it. New Orleans Saints Head Coach Sean Payton, an ally of Bill Belichick, noted the gesture by the Patriots on his Twitter. Both the Saints and Patriots have both felt the wrath of the NFL attempting to exercise their power over the last decade. The infamously publicised Bountygate in 2012 where Payton was banned for the entire season, a similar tribute was made by the Saints as a giant poster of him was put up in the team's facility.

Brady spent his last hours before the suspension began at 4pm ET on Saturday at owners Robert Kraft's house with his teammates and their families. By lighting up the lighthouse it is a fantastic tribute by a great organisation for one of their own.