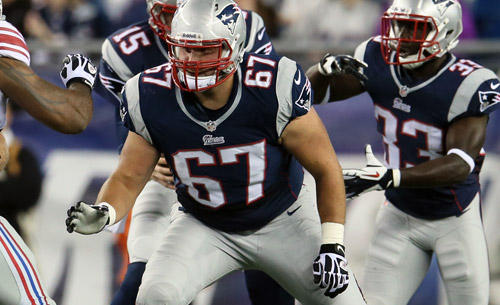 The Patriots on Thursday bolstered their secondary depth, acquiring Eric Rowe from the Philadelphia Eagles in exchange for Josh Kline and a draft pick.

NFL Network's Ian Rapoport reports the draft pick will be a 2018 fourth-round pick, which could become a third-rounder at a later time.

The #Patriots traded for #Eagles DB Eric Rowe in exchange for OL Josh Kline and a 4th rounder in 2018 that can become a third, source said.
— Ian Rapoport (@RapSheet) September 6, 2016

Rowe, a 23-year-old cornerback, was a second-round draft choice by the Eagles last season. He played in all 16 games for the Eagles in 2015, making five starts, recording 24 tackles and intercepting one pass. Essentially, his trade to the Pats is the latest in Eagles GM Howie Roseman's initiative to unload any and all players associated with the Chip Kelly regime from the roster.

Kline, 26, spent the past three seasons as a reserve interior offensive lineman, demonstrating capabilities at both guard and center. Signed as an undrafted free agent out of Kent State in 2013, he played 33 games with the Patriots, including 14 starts last season. He'll provide depth on an already-thin Eagles offensive line, which has recently been marred by a 10-game suspension to Lane Johnson for violating the league's substance abuse policy.

Update 7:15 p.m.: Josh Kline will no longer be included in the deal, but may still find himself released, according to a report from ESPN's Adam Schefter.

It had been speculated earlier in the day that the Eagles would not have had much, if any, use for Kline, as they were shopping him to a third team. Essentially, Roseman was more interested in swapping Rowe for a draft pick, rather than a tangible NFL-ready player. Based on Rowe's performance as a Patriot, the pick could be swapped for a third-round selection.

Kline may be a Patriot for now, but his fate still hangs in the balance.