Wes Welker is walking around Gillette in a #FakeBrady mask 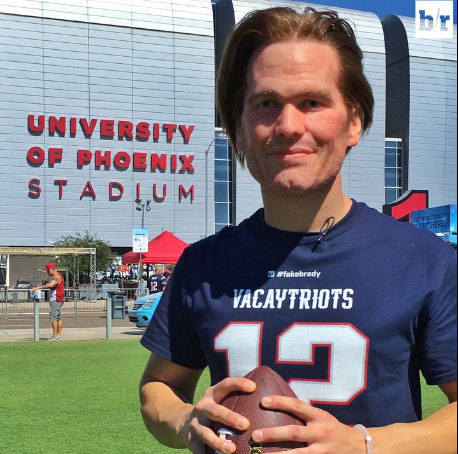 In probably the strangest and best story of the day, former New England star receiver Wes Welker is currently walking around Gillette Stadium in a Fake Brady mask, surprising tailgaters and fans alike.

A day after Tom Brady texted Welker to "get his ass up here (Foxboro)" to play some catch, it appears Welker has listened and is already here, but in a terrifyingly awesome mask. Last week, someone in Arizona walked around the stadium in this same mask, but we never found who the man was behind this brilliant idea.

Here are a couple pictures of Welker courtesy of @Zackyahn on Twitter:

After he revealed himself to be the man behind the mask, the Patriot Faithful lifted him up on their shoulders, and his deferral to Denver was suddenly water under the bridge. This is so amazingly weird, and I love everything about it. #FakeBrady