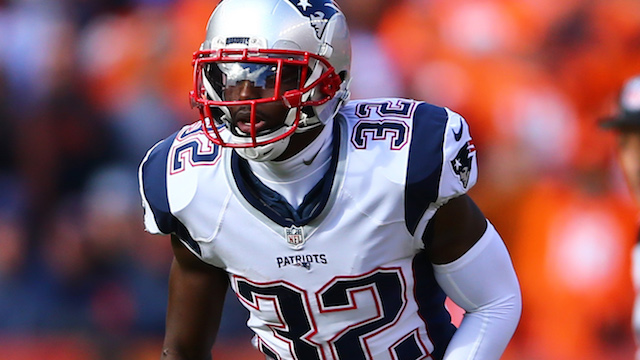 We don't normally hear what actually happens on the New England Patriots' sideline but this once Bill Belichick decided to let us into what went on against the Bengals. Devin McCourty on the bench was making adjustments to the defense.


"Some of the comments and observations that he made affected some of the things we were thinking about doing," Belichick acknowledged. "I think, as usual, he was right on the money with his observations, especially when you go back and take a look at the film a little more closely. You see what he saw. Then a couple of the things we tried to do after that, he was very helpful in kind of recognizing that and helping us steer some of those things in the right direction."

After this adjustment, the Bengals only scored three more points for the rest of the game with the Pats switching to more man coverage. Also by putting Eric Rowe in the nickel instead of a third safety that worked a treat. McCourty takes pride in being able to help out the coaches to make adjustments. This is hugely important to the success of the defense because with McCourty in the game he has a full view of what is going on, so he is capable of relaying information to help out the coaching staff.