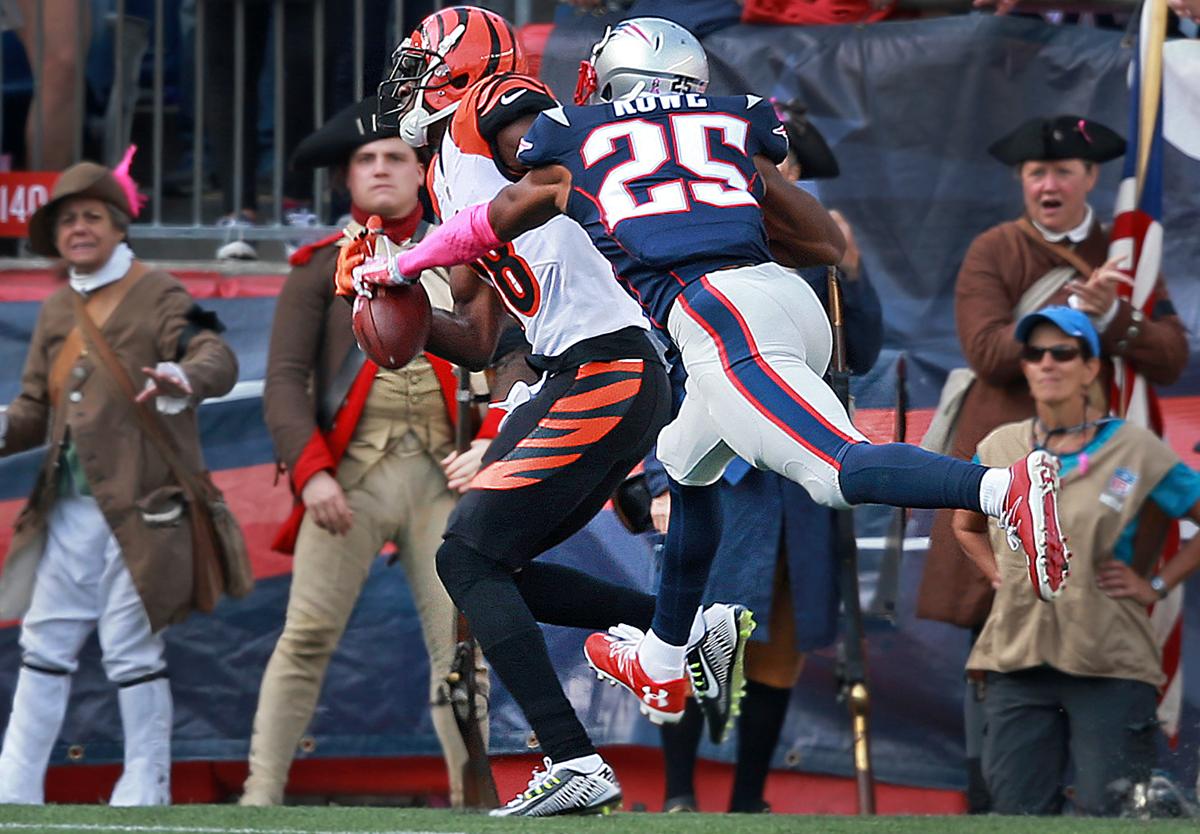 With cornerbacks Cyrus Jones and Jonathan Coleman scratched from the lineup on Sunday, New England Patriots newcomer Eric Rowe made his season debut against the Cincinnati Bengals and was immediately assigned a matchup opposite one of the best receivers in football. He did not disappoint.

The second-year man joined the Patriots in early September via a trade with the Philadelphia Eagles. Rowe, who was the 47th overall pick in the 2015 draft out of Utah, suffered an ankle injury before even hitting the field as a Patriot. On Sunday, he was tasked with finding a way to keep A.J. Green out of the end zone.

"I came in knowing I was going to match with him," Rowe said via Mass Live.

Green had already posted games in which he tallied 173 yards and 180 yards. The Patriots, in large part due to Rowe's preparations, held Green to just six catches for 88 yards. And most importantly, they held him without a touchdown.

In the second half of the game, Rowe blanketed Green. He even swatted away a would-be touchdown pass intended for Green in the fourth quarter. It was a third-down play that would have put the Bengals ahead, but instead, they were forced to settle for a Mike Nugent field goal.


Mass Live's Kevin Duffy noted that last year Rowe defended Calvin Johnson in a game against the Lions and that the experience gave him confidence to cover Green.

"It kind of boosted my confidence, knowing I could play with these elite receivers like him (Johnson) and now A.J." Rowe said. "But most importantly, it's a good confidence boost for the coaches so they can see me get out there and play."

Based on Rowe's efforts, he may have carved himself out a consistent role in the secondary. The 6-foot-1, 205-pounder could see time against bigger offensive targets moving forward.