Elandon Roberts emerges as force at linebacker for Patriots 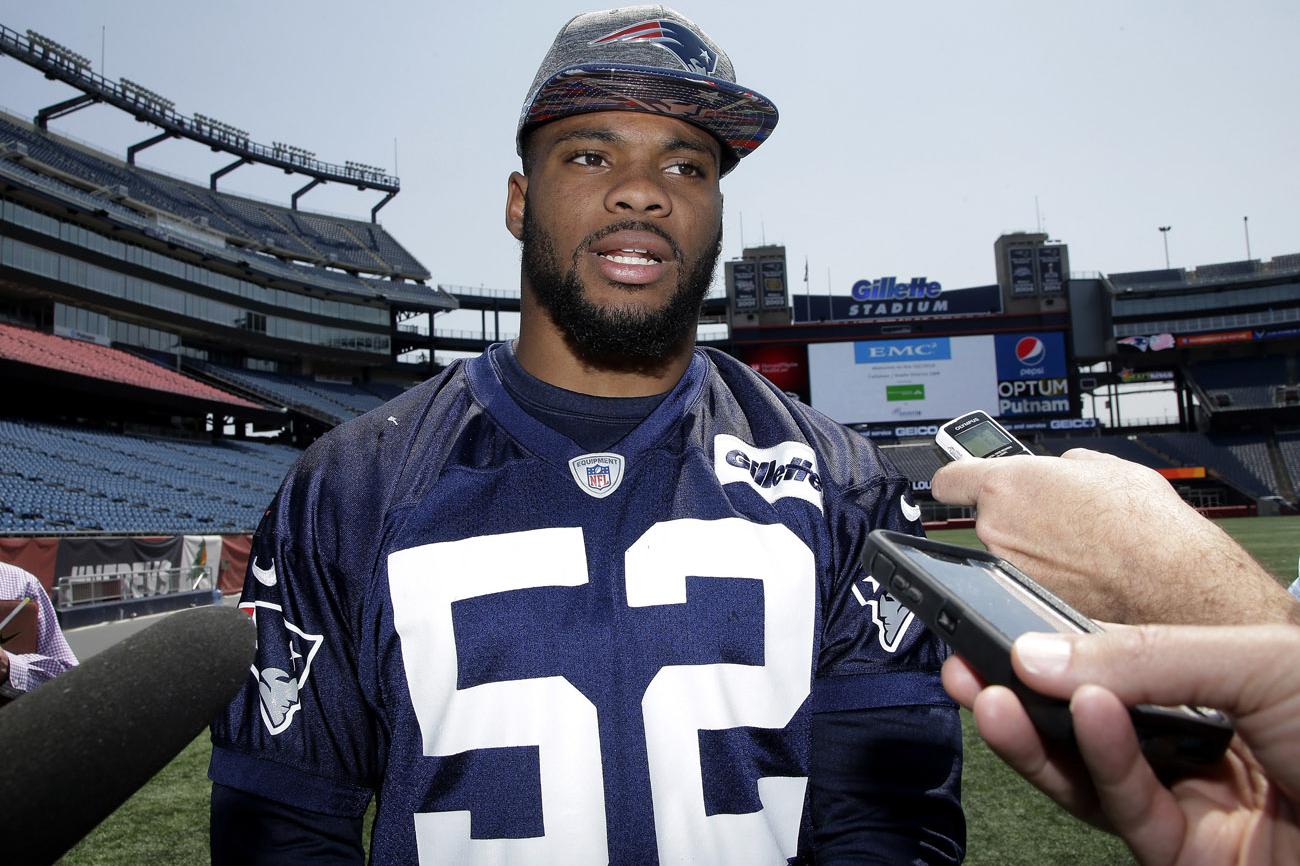 When it comes to the New England Patriots' linebacker corps, it's Jamie Collins and Dont'a Hightower who get the attention. However, this past Sunday, it was rookie Elandon Roberts who stole the show. The youngster emerged in a big way, adding to what is an already stout group.

Roberts, a sixth-round draft choice out of Houston, was all over the field against the Cleveland Browns. The 22-year-old played a big role in holding Isaiah Crowell, who ranks fifth in the NFL in Rushing, to a measly 22 yards on 13 carries.

The six-foot, 235-pounder led the Patriots with a team-high seven tackles. It was the most action Roberts has seen all season after being scratched in three of the team's first five games. And it was one play in particular that may be have landed him in Bill Belichick's rotation for good.

CSNNE's Phil Perry pointed out a play in which Roberts blew up Browns left tackle Joe Thomas at the point of attack, knocked him back and dropped Crowell at the line for no gain.

Belichick spoke very highly about Roberts when asked about his excellent showing, comparing him to two former standout linebackers.

"London Fletcher was a guy like that. Probably another player that played bigger than his size. Explosiveness, ran well, instinctive," Belichick said Monday. "Ray Lewis I think got a lot bigger but I remember when I worked him out at Miami, he wasn’t a big guy."

Fletcher and Lewis were each equally amazing in their own right. Roberts undoubtedly has a ways to go, but it seems like he has potential to blossom into something wonderful for the Patriots, especially given Belichick's praise.