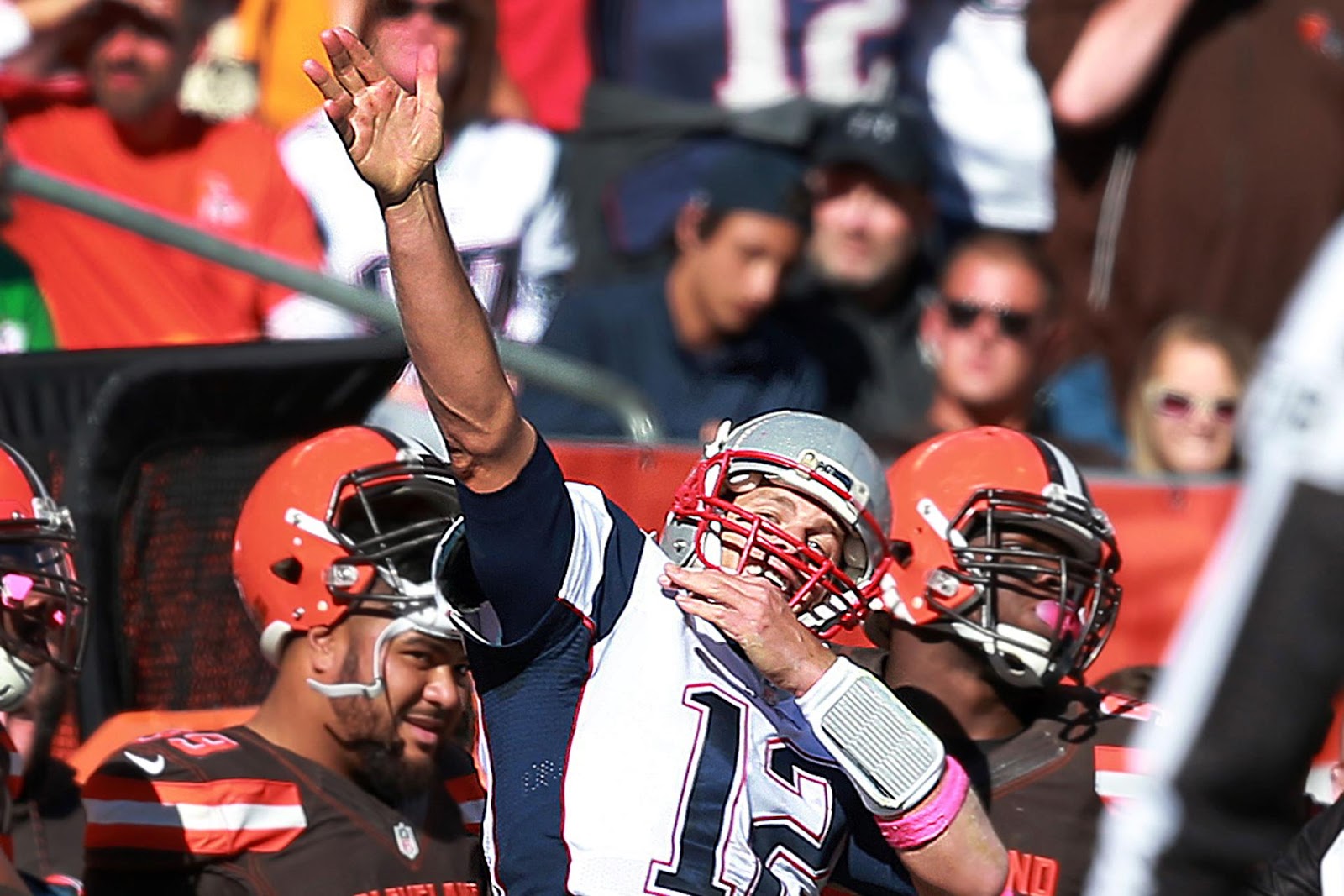 Before making his triumphant return to the field on Sunday, there was much talk about how Tom Brady would play, with many doubting the abilities of the future Hall-of-Famer. There was talk of "rust", and that his four week suspension would show signs of the eventual downfall of one of the greatest quarterbacks of all time... Those doubts were quickly put to rest.

On his weekly radio talk show with WEEI, he said he feels better now than he did at 29. He certainly looked just as good if not better than he ever has, as he became the oldest quarterback to ever throw for over 400 yards and three touchdowns with no interceptions. However, if you talk to guys like Max Kellerman or Shannon Sharpe, they'd probably come up with some lame excuse like, "It was only Cleveland." Yes, he did torch the Browns secondary which is not the pinnacle of the league's defenses, but Brady's accuracy and decisions on Sunday would've beaten the best of the best.

Tom Terrific showed absolutely no signs of rust in his return to the field, squashing any doubts that Patriot haters had before the game about his ability. He looks just as good as he ever has, and even showed a little bit of rare cockiness after he ran for a first down and signaled a first down in front of the Browns bench. I love this Tom. This Tom will, guaranteed, lead the Patriots to another AFC Championship Game and most likely another Super Bowl appearance. I have zero doubt.