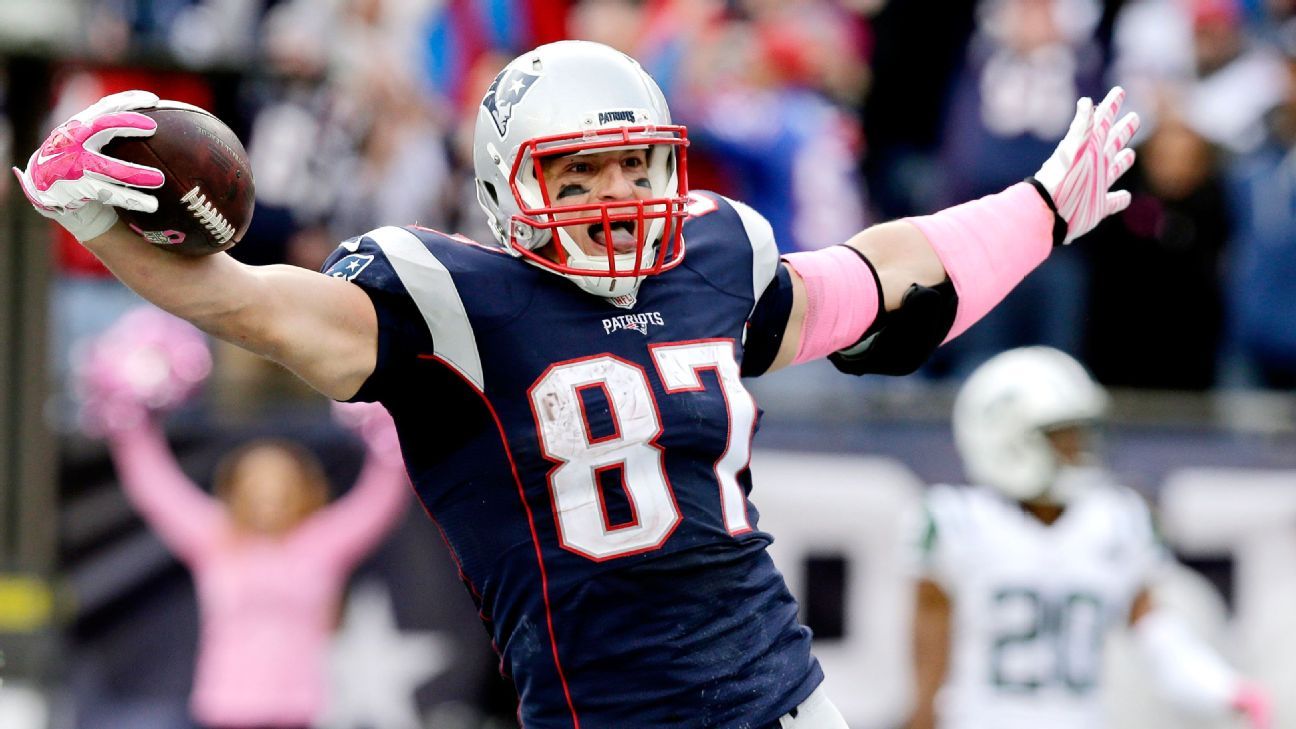 Finally some positive news on the injury front for the New England Patriots. Bye Bye Hamstring injury, the big man is back.

Officially Rob Gronkowski has been removed from the injury report on Wednesday and is no longer listed as limited. The return of big time production for the star tight end surely. Well hopefully. I picked him first in fantasy this year and he has started to repay my loyalty in the last two weeks.

Gronk didn't seem hampered by the hamstring injury against the Browns in his first game back when he caught 5 passes for 109 yards. Then he ripped apart the Bengals defense for a career-high 162 yards and one touchdown in Week 6. So it looks like his production hasn't been harmed by the injuries because that can happen to the best players. A prime example of this is Calvin Johnson who retired in the offseason due to injuries taking their toll on his body.


“I really don’t pay attention to the injury report. That’s for the team to put out there. Every single week, I just try to go out and do the most I can every week. I’ve been doing everything now, so that’s why I’m off it,” Gronkowski said Thursday.

The Patriots have been playing a 3-WR, 1-TE package and Gronk has taken back over the primary role from Martellus Bennett since he has come back into the team. After a long time of waiting it was good to see the big man back in the endzone against the Bengals and the return trademark Gronk spike.