Jamie Collins among those inactive for New England 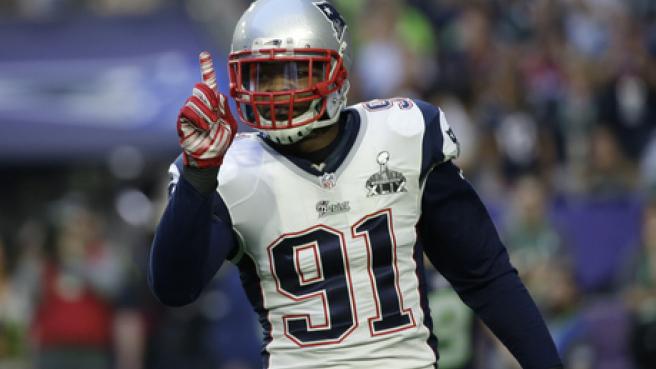 This week's inactive's list features some unfamiliar faces than weeks past, including linebacker Jamie Collins and rookie cornerback Cyrus Jones.

Collins appeared on the injury report for the first time this week on Thursday with a hip injury, which apparently was more serious than originally thought. This could just be a precaution for the versatile linebacker, who is vital to this defense and needs to be healthy late in the season for a deep playoff run. New England's defense will definitely miss Collins today though, as the Bengals have two dangerous running backs in Giovani Bernard and Jeremy Hill.

Cyrus Jones on the other hand, was somewhat expected to be inactive this week, injury or no injury. The rookie out of Alabama had a rough go last week, as he muffed a punt for the second time this year and also got ejected for supposedly punching Browns receiver Andrew Hawkins. While it didn't seem like Jones should have got ejected for his actions, Bill Belichick, as we all know, is as big of a no-nonsense kind of guy as you'll find in this league, and is making sure that Jones knows fighting in any fashion will get you a quick seat on the bench in New England. Along with Jones, cornerback Justin Coleman is inactive for the second straight week, letting offseason acquisition Eric Rowe make his long-awaited Patriots debut. The New England cornerback situation is anything but stable, and could use a guy like Rowe to step up and help out Malcolm Butler and Logan Ryan.